Jay Leno returns to The Tonight Show. Unlike Leno’s short-lived show in primetime, this time the A-list guests are ready to chat on that Tonight Show couch! 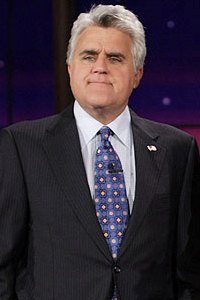 Rumor has it the other networks banned their stars from appearing on his show when it competed with their dramas.

In any event, it will be interesting to hear Leno’s initial monologue as he slings jokes with bandleader Kevin Eubanks who will have a diminished role on the show before his imminent departure. As for the line up tonight, March 1?

As for tomorrow, this will be a gold medal week for Leno as Olympic snowboarder Shaun White will visit the set, as will Sarah Palin. On Wednesday, the cast of MTV’s Jersey Shore will go la-la-land and chat with Leno along with the Jaywalk All-Stars.

The most decorated American winter Olympian, Apolo Anton Ohno, will also stop by, so will Chelsea Handler and Avril Lavigne will be the musical guest.

On Thursday, guests include Jason Reitman and Matthew McConaughey. As for Friday? Morgan Freeman and Meredith Vieira. Although the timing couldn’t be more ripe, right after the Olympics and on the eve of the Oscars, next week his line up won’t disappoint either!

Guests include Simon Cowell March 8, Christoph Waltz and Joan Jett and The Blackhearts next Tuesday, Kristen Stewart and Guy Fieri next Wednesday, Dana Carvey and Kim Kardashian on Thursday, March 11 and Dakota Fanning and filmmaker Judd Apatow on March 12.

7 hrs ago
by Tabby Kibugi