Ron Howard’s Parenthood has been with us in popular culture since the film’s remarkable debut in 1989. Ever since, Howard and his creative team have sought ways to bring the story of the Braverman family and their all-too familiar trials and tribulations — the entity of Parenthood — to television. 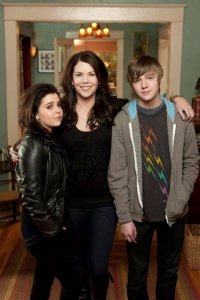 Howard initially cast Maura Tierney in the role of Sarah Braverman, but when the actress had to drop out to attack her breast cancer, a familiar TV mom stepped in — Gilmore Girls star Lauren Graham.

The production that Howard had dreamt about for the small screen had taken decades to come to television and now their lead actress had to exit to attend to a life-altering health diagnosis (She has since, according to show’s producers, been “doing well.”)

Howard and Graham sat down to discuss in the ins and outs of Parenthood and the astounding NBC Tuesdays at 10 pm hour-long drama cast that includes Erika Christensen, Mr Incredible himself, Craig T Nelson, When in Rome’s Dax Shepard and Joy Bryant.

SheKnows: Ron, what is it about Parenthood, a 1989 film, that you keep returning to in an effort to bring it to TV?

Ron Howard: Well the interesting thing is we, (co-producer) Brian Grazer and I, are intensely proud of the film Parenthood. And it, you know, it remains a movie that people compliment us on.

SheKnows: What were the hang-ups bringing Parenthood to television?

Ron Howard: We tried a television series a couple years after it and it couldn’t capture the sort of the — I don’t know the scope of the family; it was a half-hour sort of sitcom approach. And it was frustrating in that way. And we thought that was sort of the end of Parenthood. We would even toy occasionally with trying to do a sequel. But we just — we felt like, you know, another two hours on the subject was not going to be particularly more informative. A series would have allowed the characters to develop.

SheKnows: Lauren, what was it about Parenthood that made you want to return to television? 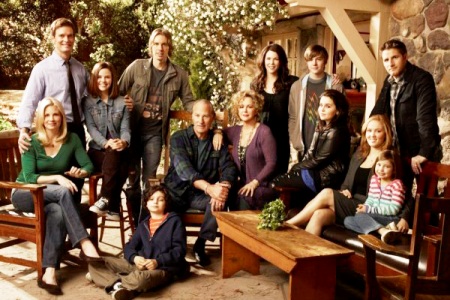 Lauren Graham: The decision was kind of just a very instinctual one. I have been reading scripts for two and a half years or three years, whatever it is since Gilmore Girls ended. And there just wasn’t anything I connected to and that’s including things that I was developing that maybe didn’t get to exactly the place I wanted them to. And I always think about — like the dating model — you have a list of things that you want and then you meet somebody and fall in love and half the things were not on your list. And this is kind of that in the ways that I didn’t plan to play a mom. I didn’t plan to do an ensemble. I was thinking about a comedy and maybe cable.

The words get Graham

SheKnows: I heard that meeting writer Jason Katims truly finalized your decision. Is that true?

Lauren Graham: Yes, I read this script and I met with Jason. And just the idea of being able to collaborate with a writer who has such a beautiful group of work but also is encouraging in the “take your idea and kind of run with it and improvise once in a while,” if that makes sense to you. It’s just a very different model from the show that I had come from. And so it just seemed like a good idea.

SheKnows: Ron, what do you think it is about Jason’s (Katims) from Friday Night Lights and My So-Called Life writing that works on Parenthood?

Ron Howard: Jason’s given every character its own contemporary voice and of course the actors are now going even further with it. I’m incredibly gratified that those characters — that situation, the DNA of that (Parenthood) family can evolve. 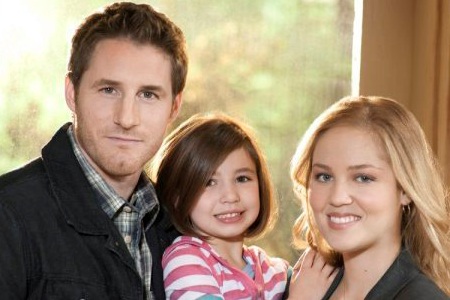 SheKnows: Lauren, what was it like working in a big ensemble on Parenthood versus Gilmore Girls’ close knit two-star program?

Lauren Graham: Well it’s a more sane life for sure to be part of an ensemble. I find that the work can be more specific therefore. I have to really make sure I know where I am in the story because I’m not in every scene. I have to sort of think about it as an actor in terms of the arc of each episode in a more deep way instead of trusting that since when I’m in most of the scenes I can kind of gauge where I am. So I’ve found this work really gratifying because it is more specific. You’re working with a smaller amount of material and therefore everything is really important. And on Gilmore Girls I’d be in a scene that was just there kind of for fun — you know. And here, each scene really is an important part of where my character is.

Up next…Lauren dishes on how her Parenthood mom differs from Lorelai Gilmore and Howard stresses why laughter is a must when telling a story about Parenthood.