It feels like the 2010 Vancouver Winter Olympics just got started, but the closing ceremonies are set for Sunday, February 28 and word is, the show will be chock full of Canadian celebs.

“I think you’ll find that the closing is a very Canadian, fun, happy show,” Vancouver Games chief executive John Furlong previewed. “It will be a Canadian goodbye, in which we might poke a bit of fun at ourselves, but it will be a very pleasant and easy place to be for the closing ceremonies.” 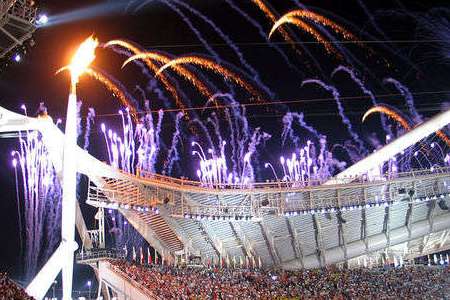 The Winter Olympics comes to a close after the gold medal match of the men’s ice hockey tournament (featuring Team USA versus Team Canada), with the ceremonies scheduled to take place at BC Place.

As with the opening ceremonies, the event will be directed by Aussie David Atkins, who previews it will be a celeb-fest, chock full of well-known Canadian performers and rock bands.

“Canada has an embarrassment of riches in those departments,” Atkins raved. “It’s going to be a very contrasting night to the opening ceremony.”

Fans can expect this to be a more laid back event than the opening ceremonies, and hopefully one with fewer snags. After the pall of a death before the Olympics even started, the opening ceremony had it’s own drama. After a flawless show, the Olympic flame lighting mechanism malfunctioned, with one of the four hydraulic ice poles getting stuck.

“We’ve pushed the boundaries with the help of Canadians, you should all be aware we’ve now perfected the three-legged cauldron, a unique and Australian invention and we’ll see it again in the closing,” Atkins quipped of the hiccup. 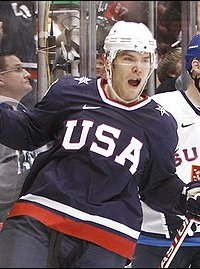 The Olympics closing ceremony will also include a roster of traditional closing events.

Nordic combined gold medalist Billy Demong, who was tapped to carry the US flag, will join flag and name-board-bearers as they enter the stadium in single file, followed by the rest of the athletes, without distinction of nationality.

The appropriate anthems will play as the Greek flag is raised, followed by the Canadian flag and the flag of the next host country, Russia. Vancouver Mayor Gregor Robertson will then pass the Olympic flag to an official from Sochi, Russia. Russian President Dmitry Medvedev was expected to be on hand, but has dropped out.

Finally, we’ll get a handful of speeches, including some promotion of 2014 Games and the final words, declaring the games over. With a bit of fanfare, the Olympic flame will be extinguished and with the Olympic Anthem playing, the Olympic flag will be lowered, unfurled horizontally and carried out of the arena, followed by the flag bearers.

After that, we all go into Olympic withdrawal!