Sheknows was chatting with smart and friendly star America Ferrera in Beverly Hills recently about her new film Our Family Wedding but we also got her take on the cancellation of her fashion-forward ABC TV series Ugly Betty.

Related story America Ferrera Shares Her Sweet 'Weekend Tradition' with Son Sebastian: 'I Let Him Do My Makeup & His Own Makeup'

Ferrera has revealed that Betty Suarez does get her famous braces removed before series end and told us that she “grew up with Betty,” is “passionate” about the character and will join the fans in “missing her a lot” despite moving on to more movies and perhaps another TV show in future.

SheKnows: Now that you are getting ready to finish up with Ugly Betty will you take advantage of working in more films? Any more series? 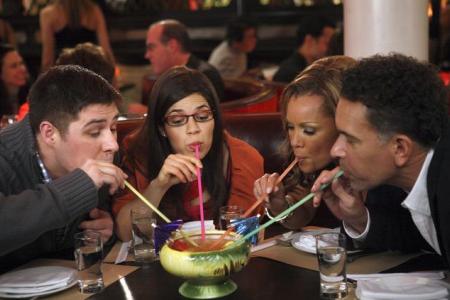 America Ferrera: Right now I m having trouble seeing my life past March 26 because this (Ugly Betty) has been a part of my life for the duration of my adult life. I only know myself as an adult in this job and I m so grateful and thankful for the opportunity. I love the show. I love the cast. I love my character and I m just grateful that I m gonna have a chance to see her through her journey and that we can wrap it up in a way that is satisfying versus it being oh well, that was your last episode and you don t get to finish this up . It’s bittersweet. It was amazing. I m so grateful it was in my life and there is, hopefully, so much more to be done and it will always be just amazing memories for me. It’s sad.

SheKnows: Is Betty going to make a good exit then?

America Ferrera: I m very happy with what we re gonna be doing for her. We’ve wrapped all but the last few episodes.

SheKnows: Do you feel like the network is wrong in canceling Ugly Betty?

America Ferrera: I think that our audience will miss us. We have a devoted and loving group of people who watch our show and our show has been very important to their lives. It s really changed people s lives in certain ways and been inspiring. I’m not in a place to say that. I’m not a network executive. It’s not about wrong or right for me. It is what it is and you just do the best you can with the time they give you and be grateful for it and move on.

SheKnows: How did Ugly Betty change your life?

SheKnows: There had to be some tough times too.

America Ferrera: Well, I could come to work every day, even on the most exhausted days where I didn’t t think that I had any more to give and when you start from a very pure place of love, it s automatic. Your body just does it for you. All of a sudden I m like I’m so tired I can t talk and then ten minutes later, I m arguing passionately about why I think it should be done this way because this is who Betty is. You start from a place of true passion and then it just sort of does the work for you. I made decisions based on truly believing in the character and the story. It really made the last four years of my life very wonderful.

SheKnows: How did this work this new film Our Family Wedding into your schedule with Ugly Betty? It must have been grueling to do that and a movie. How did that work?

America Ferrera: Yeah. Last summer I wrapped Ugly Betty at two in the morning. I was on a six am flight to a wardrobe fitting for The Dry Land which is a film I executive produced and starred in. I was on that film for four weeks and then three days after I wrapped that, I was filming this movie. Then, as soon as I wrapped this, I was back for Betty Season four. So that s how that worked. 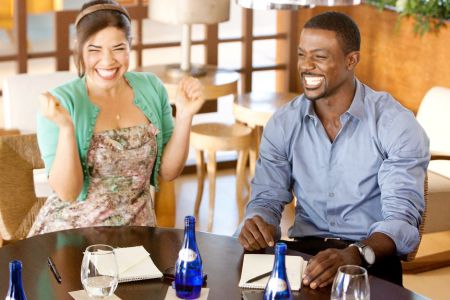 America Ferrera: I know it’s already in TV Guide that it’s syndicated but I don t know where it s gonna go.

SheKnows: It could be like Seinfeld and we’ll just see it forever after you wrap.

America Ferrera: (laughs) I’ sure it will be on DVDs and all that.

SheKnows: Any chance it’ll be a movie?

America Ferrera: I have no idea. I don t know.