Alice in Wonderland debuted in London to the likes of Prince Charles and the Duchess of Cornwall, marking Johnny Depp’s first royal premiere. Tim Burton’s masterful retelling of the Lewis Carroll classic is now officially on the entertainment world’s radar. 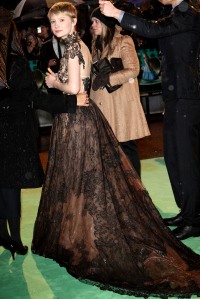 SheKnows has Alice in Wonderland covered with, of course, our Johnny Depp interview, as well as our
Alice in Wonderland week March 1 through March 5. Look for our video interviews with Alice herself, Mia Wasikowska, royal Wonderland sisters Anne Hathaway and Helena Bonham
Carter, and the white rabbit, Michael Sheen.

Also chiming in is filmmaking legend Burton, who chimes in why Johnny Depp is his go-to guy.

On February 25, the entire cast and creative team proudly walked the London red carpet to celebrate the March 5 international arrival of the cultural icon that is Alice in Wonderland.

Alice in Wonderland premiered at London’s Odeon Leicester Square with honored guests who included Prince Charles and the Duchess of Cornwall, the film’s stars and a who’s-who of
British celebrity circles. The event benefited the Prince’s Foundation for Children and the Arts. 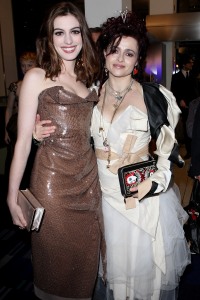 The organization “aims to remove barriers so that all UK children have the opportunity to discover the arts as a valuable and enjoyable part of life,”
according to the organizations’s website.

Burton’s Alice in Wonderland arrives in theaters March 5 in Disney digital 3-D. After witnessing the film, SheKnows can say Alice in 3-D is a primer on why we love movies.

In Burton’s Wonderland, 19-year-old Alice heads down the rabbit hole after running away from a marriage proposal that has her head spinning.

Upon landing in Wonderland, Alice discovers a local who is eagerly awaiting her return after her first visit as a young girl. The Red Queen has taken over and sent the White Queen into hiding. Only
Alice can bring light to the darkness in Wonderland under the Red Queen’s reign.

The Alice in Wonderland music video

The Alice in Wonderland trailer