The body of Growing Pains actor Andrew Koenig has been found in a Vancouver park. 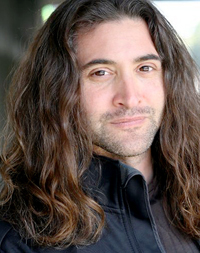 The actor, best known for his role as Kirk Cameron’s best
friend Boner on the 80s hit sitcom, was found Thursday in the Olympic city.

Foul play is not suspected. Police said at a press conference that Koenig’s body was found “in a densely wood area… unseen from the path” by “family and friends who initiated their own private
search.”

Andrew’s father Walter Koenig, who was part of the cast of the original Star Trek, confirmed the death was a suicide. “My son took his own life,” he said.

He also pleaded with those whose loved ones suffer from depression to reach out. “Don’t ignore it; don’t rationalize it,” he said. “Extend a
hand.”

41-year-old Koenig had been missing since February 16 when he failed to board a flight from Vancouver to LA. His parents later found out that
before his trip to Canada, Andrew had given up his apartment of nine years and sold most of his possessions.

Walter Koenig said he and Andrew’s mother became concerned when they received a disturbing letter from their son, but they refused to disclose the contents.

“No parent should have to deal with anytime like this,” Walter said, describing his son as “a good human being who has an awful lot left to contribute to the world.”

What drugs were in Brittany Murphy’s body?