To some younger fans, the list of presenters may seem more exciting than the list of actual honorees — except for Mamma Mia rockers ABBA. Those of us who’ve been around longer know that those presenters might not even be out there rocking if not for the inductees, each of whom left a mark on music history. 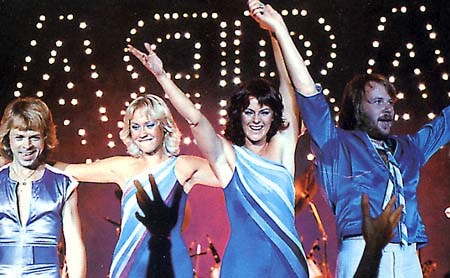 Green Day front man Billie Joe Armstrong, for example, is set to induct The Stooges. Led by Iggy Pop, this crew was instrumental in creating the punk sound and spirit, while also influencing today’s alternative rock and heavy metal scenes. Iggy Pop was a wild front man and is even credited with creating the stage dive. Though that may be an exaggeration, he certainly perfected his before it became a standard move.

Wyclef Jean, who infuses his hip hop music with reggae and Haitian sounds as well as political and social messages, will honor Jamaican reggae-ska legend Jimmy Cliff. Cliff’s 1972 soundtrack album The Harder They Come brought reggae into the mainstream, and all these years later, he’s preparing to tour with a new album,  Existence.

Genesis will be honored by Trey Anastasio of the jam band Phish. Fans are hoping to see singer-drummer Phil Collins reunite with guitarist-bass player Mike Rutherford and keyboardist Tony Banks, but word is Collins won’t be up for any drumming due to wrist problems (if he does show), and Peter Gabriel (an early Genesis leader), will not be at the big event.

Steve Van Zandt will honor The Hollies, who hit it big toward the end of the British Invasion in the early ’60s and released a new album as recently as last March.

Barry and Robin Gibb, of the British born, Australian raised pop phenom The Bee Gees, will be on hand to induct Swedish pop sensation ABBA. (It’s about time!)

The induction ceremony takes place at The Waldorf-Astoria on March 15 at 8:30 pm, will be televised live on Fuse and will be available on Fuse.com.

After the big show, these inductees will be honored — along with previous years’ inductees and other artists – at the Rock and Roll Hall of Fame and Museum in Cleveland, Ohio, with an exhibit and film.

read on for more music