Matt Damon stars as audiences have never seen him in the true-life story of The Informant. Damon’s latest film landed on DVD, Blu-ray and digital download February 23, and SheKnows has your inside scoop. 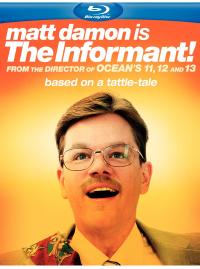 Damon is all at once
witty, charming, devious and spellbinding as a whistle-blower who winds up playing both sides. The actor portrays an-anti Jason Bourne in The Informant — a corporate executive who possesses critical information, yet his extreme persona gets in the way of any real progress being
made by the government.

The Informant director Steven Soderbergh helms the camera again directing Damon. The pair first charmed as director-actor in the Ocean Eleven films. In the hands of Soderbergh (Out of
Sight, Erin Brockovich and Traffic) and his acting muse Damon, The Informant is a sharp and witty film that could not be timelier.

Damon is a climbing corporate executive willing to cash in on information he possesses to make things right. Mark Whitacre’s story is a true one and his metamorphosis to FBI informant is a
master class in acting as only the Boston-raised actor can achieve.

What is real and what is imagined is always at the forefront of the audience as the viewer surveys Damon in The Informant. Over the film’s 108 minutes, the Oscar-winner keeps us
guessing as to how his story is going to proceed.

Mark Whitacre is secretly rolling tape during a meeting of corporate honchos who are illegally fixing the price of food additives. Meeting after meeting, Mark rolls tape after tape. He’s sure
the tapes will make him a US hero. What went wrong? Director Steven Soderbergh reteams with one of his Ocean’s trilogy stars for a snappy skewering of big business based on the true
story of the highest-ranking corporate whistle-blower in US history. Matt Damon portrays Whitacre, whip-smart and immensely likable even as his schemes become increasingly untethered. 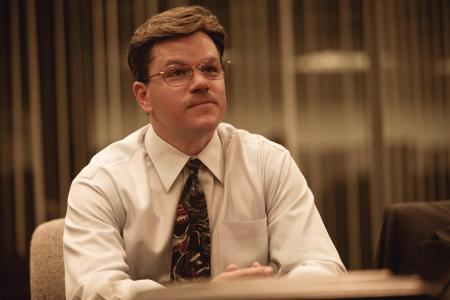 The US government decides to go after an agri-business giant with a price-fixing accusation, based on the evidence submitted by their star witness, vice president turned informant, Mark Whitacre.
Even as he exposes his company’s multi-national price-fixing conspiracy, Whitacre envisions himself being hailed as a hero of the common man and handed a promotion. But before all that can happen,
the FBI needs evidence, so Whitacre eagerly agrees to wear a wire, imagining himself as a kind of de facto secret agent. However, Whitacre’s ever-changing account frustrates the agents and
threatens the case as it becomes almost impossible to determine the truth.

The Informant Blu-ray’s additional features include the requisite audio commentary with Director Steven Soderbergh and Screenwriter Scott Burns. Yet on The Informant, the
artistry of capturing a “tattle-tale” is uniquely awesome hearing the craftsmen discuss their craft as you are seeing it unfold. Deleted scenes add a few dimensions to the storyline,
but are exactly that — extras — which, as an appreciator of the film, The Informant fans will treasure.

It’s another girl for Matt Damon