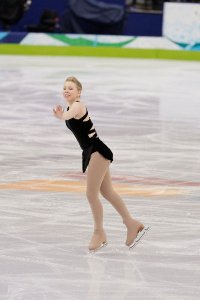 Kim Yu-Na, the figure skater from South Korea, is regarded as the favorite at this year’s Winter Games. The 19-year-old is the reigning world
champion has had a few world record performances in her marvelous career. Her specialty is the short program and could be running away from the competition after the first day.

However, being the favorite hasn’t worked out well in recent Winter Olympics. Many favorites, including Michelle Kwan, Irina Slutskaya and
Sasha Cohen, have failed to bring home the gold. With that in mind, it’d be unwise to count out the underdogs in the ladies figure skating.

Hope for the Americans lies with Rachael Flatt. The native of California was the national silver medalist in 2008 and 2009 before becoming the national champion earlier in 2010. She’s definitely an
underdog to win the gold medal but the 17-year-old has the needed skill to pull off the upset.

Mirai Nagasu is another American in the field, but most experts say it’s extremely improbable that she will emerge with a medal. That said, hope never dies at the Winter Olympic Games!

Local favorite Joannie Rochette will undoubtedly be who will garner the most support. Not only is she Canadian, she has a touching yet tragic story. Her mom, Therese Rochette, died earlier in the
month while visiting her daughter in Vancouver. Despite the loss, Joannie vows to battle on.

The best of the rest

Japan has a pair of hopefuls: Mao Asada and Miki Ando. They have world rankings of third and seventh, respectively. Mao is known for her triple axel jumps, while Miki became famous after becoming
the first to land a quadruple jump.

Other ladies figure skating competitors include Carolina Kostner of Italy, Alena Leonova of Russia and Laura Lepisto of Finland.

The competition begins live Tuesday at 8 pm Pacific on NBC with the ladies figure skating short program. The conclusion, which features the ladies free skate, begins live on NBC at 8 pm
Pacific on Thursday. By the end of the day, the medals will be handed out!

Be sure to tune and and watch the excitement. A worldwide sweetheart is sure to be born by the end of the competition on Thursday.

US Olympians shining at Winter Games