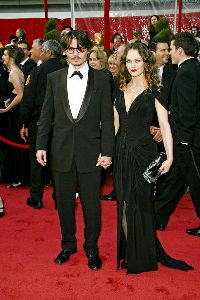 SheKnows: Johnny, have you ever felt as if your career has mirrored a certain Alice in Wonderland trip?

Johnny Depp: My whole ride, since day one, has been pretty surreal in this business. I’m still here. I’m still completely shocked that I’m still getting jobs and still am around. But I guess the movie thing has been a kind of Wonderland. I’ve been very lucky. After I had done Cry Baby with John Waters and Edward Scissorhands with Tim,I felt that I was on solid ground. I knew where I was going, where I wanted to go. I was sure that they would nix me, but luckily, I’m still here.

SheKnows: If Tim asked you to put on a funny suit with cameras on it like James Cameron in Avatar, would you?

Johnny Depp: I don’t know. What color is the suit? 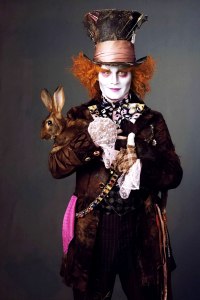 I suppose, I don’t care. I’ll put anything on. Obviously. Look at me (laughs). I don’t mind.

SheKnows: After so many riveting characters, when tackling a new role, do you have to go back through the mental performance reel to not drift into familiar ground?

Johnny Depp: Definitely, at a certain point, especially because I’ve used an English accent at times, it becomes a little bit of an obstacle course that’s teetering into Captain Jack (in Pirates of the Caribbean), or this one is teetering into Chocolat or something. You have to really pay attention to the places you’ve been. That’s part of it, and that is the great challenge. You may get it wrong. There’s a very good possibility that you can fall flat on your face. I think that’s a healthy thing for an actor.

SheKnows: Do your children have a favorite Johnny Depp movie?

Johnny Depp: My children’s favorite (and it’s funny, because they have a difficult time watching it because they know it’s their dad — they make that connection) is Edward Scissorhands— by far, my kids’ favorite. 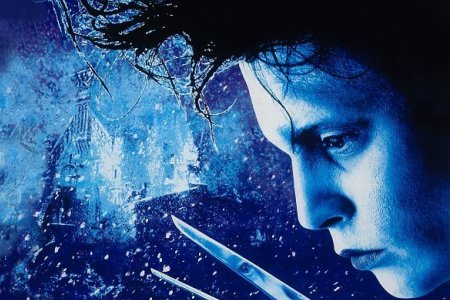 Johnny Depp (continuing): They see something — their dad feeling that isolation. That loneliness. He’s a tragic character, so I think it’s hard for them. They bawl.