Johnny Depp and Tim Burton collaborations are legendary, and Alice in Wonderland should only further cement that fact. From Edward Scissorhands and Ed Wood to Charlie and the Chocolate Factory, Depp and Burton’s brilliant chemistry has always equaled excellence. Disney’s Alice in Wonderland takes the Depp-Burton magic up a notch as it takes on a cultural icon in 3-D. 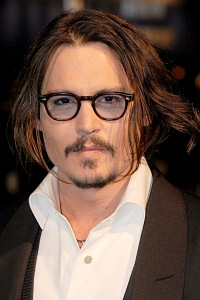 Although they have shared years of each other’s lives, Burton and Depp are hardly the old married couple who sit at dinner and do not speak. Yet, on the Alice in Wonderland set, Burton could not look his go-to actor squarely in the eyes.

“He looked like a scary clown,” Burton said and laughed. “We didn’t make much eye contact. I work with Johnny for many reasons. He likes to play characters who do different things. He doesn’t like watching himself — which I love! It’s great when you know someone who keeps surprising you.”

We’re sure that Depp’s better half and mother of his children, Vanessa Paradis, had no problem with the mask Johnny sported to inhabit his latest brilliant characterization. She has seen one of this generation’s most gifted thespians portray the gamut, including the great Hunter S Thompson.

SheKnows: Your sixth film with Tim (Burton), and you get to play the Mad Hatter. Was it a match made in heaven for you?

Johnny Depp: To be honest, he could have said “Alice” and I would have played that.

SheKnows: What made you want to head down the cinematic rabbit hole with Tim Burton again?

Johnny Depp: Each time out of the gate with Tim, especially…

Johnny Depp: Oh my God, have we been shot? Are they firing at us? 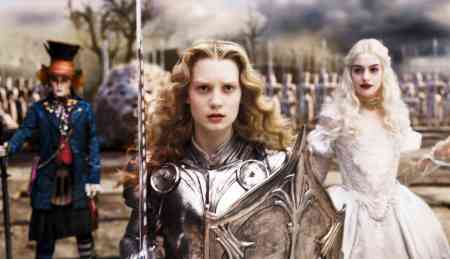 Johnny Depp: The initial thing for me is to obviously come up with the character. But, there’s a certain amount of pressure — I think, “Oh, Jesus, will this be the one where I disappoint him?” I’ve tried really hard, especially with Alice, to come up with something really different, something he had never experienced before that would stimulate and inspire him to make choices based on my character. I just try not to embarrass him, basically. 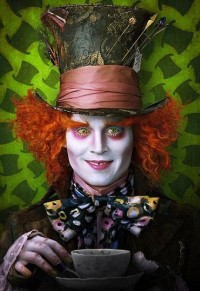 I would have done any character Tim wanted. Certainly, the fact it was the Mad Hatter was a bonus because it was a great challenge to find this guy. Not to just sort of be a rubber ball heaved into a empty room and [bouncing] all over the place, but to find a little bit more history to bring more gravity to the eye.

SheKnows: There’s a nature to your Mad Hatter that is unique. He is almost innocent.

Johnny Depp: There’s this whole Hatter’s dilemma, really, which is where the term “mad as a hatter” came from — the amount of mercury they used in the glue to make to make the hats. It was damaging. In terms of the Hatter, I came at it from that perspective [that he is] literally damaged goods. He’s physically damaged, emotionally a little obtuse. As opposed to [just playing] this hyper nutty guy, [we explored] all sides of the personality at extreme levels so he could go from one second [having] a lot of levity and straight into some kind of dangerous, potential rage. It was interesting to try to map out.

Up next…Johnny talks about his “lucky” career and whether he’d don a blue suit for an Avatar-type film!