As Evan Lysacek skated his way to a gold medal last night for the first male to snag a gold in figure skating since Brian Boitano’s ’88 gold winning performance, Americans across the country weren’t only watching, they were tuning out other shows.

Case in point: earlier in the week Shaun White and Lindsey Vonn outdid Simon Cowell and the Top 24 episode of American Idol. As remote control owners decided on Wednesday night which to watch, the ratings battle ensued. For the hour when NBC and Fox were competing, the 2010 Vancouver Winter Olympic games beat out American Idol by more than ten-million viewers. 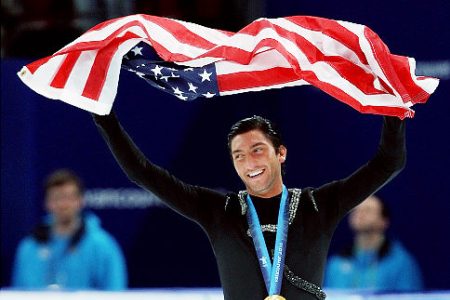 The Nielsen Company’s ratings on Wednesday night would single-handedly give the gold medal to the Olympics coverage which encompassed 30.1 million viewers across the country. As for Idol? There were 18.4 million viewers tuned in. So, Shaun White’s daring McTwist move was in more than demand than the quarterfinals show of Idol. 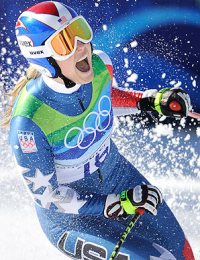 Industry experts are saying this is a turnaround from Tuesday night in which the Olympics lost out to Idol by 4-million viewers. Perhaps on Wednesday viewership rose due to the Americans in medal contention.

When asked whether or not Lycheck would compete in the next Winter Olympic games — located in Russia — based on the back-stabbing quotes mentioned by silver medal Russian-winner Evgeni Plushenko, Evan quipped, “I don’t think they would like to see me.”

Well, he has four years to figure it out and until then we’ll continue to tune in to see hometown heroes go home with the gold.