Lindsey Vonn and Shaun White won Winter Olympic gold! It’s only been week one of the 2010 Vancouver Olympic Games and our hometown heroes do not disappoint! Vonn and White had a stellar February 18 winning Olympic gold.

As Brian Williams announced the gold medal winner, Vonn, during his show and alerted viewers to look away if they didn’t want to hear
spoilers from the event, one couldn’t help but be ecstatic for the downhill skier. Although Vonn had a bad shin that was numbed by
medication, it was clear the world champion would soon add the title of Olympic champion to her repertoire. 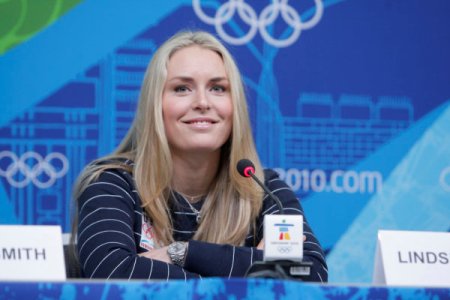 After the first split, she was .17 seconds faster than teammate Mancuso and then was up by .43 and then .83 seconds.

As the ecstatic Lindsey took the gold, she became America’s first female gold medalist in downhill. She tweeted, “This is the best day of my life! Thanks to everyone who helped and
supported me along the way!”

Also in Vancouver, another American stole the spotlight. Shaun White owned the gold because no other rider in the halfpipe even came close.

His first run score of 46.8 was unbeatable. After that impeccable ride, he told his coach that he wanted to do a new trick. The response was OK, but don’t do it unless you’ll stomp on
it. Shaun did a double McTwist 1260 as his last trick which was a successful one at that.

White said, “That was the best victory run of my life. On this world stage, why not deliver something spectacular? I feel like I came all the way to Canada, I talked about this trick so much,
(poured) blood sweat and tears to land it, and there it was.”

Winter Olympics exclusive: How Mom’s do it

Winter Olympics: What to watch when