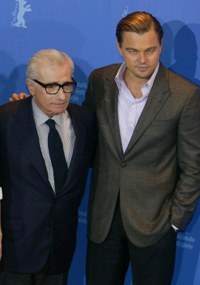 De Niro even joked about that fact when DiCaprio and the Taxi Driver, Goodfellas and Casino star gave Scorsese his Louis B Mayer Lifetime Achievement awards at the 2010 Golden Globes.

“For the first 20 years or so of our careers, Marty and I made movie after movie together,” De Niro said. “For the last 10, we’ve been presenting each other with awards.”

DiCaprio first joined Scorsese’s cinematic hip in 2002 with Gangs of New York and the pair quickly learned a rare artistic trust was second nature between the two. DiCaprio felt it immediately. “You can’t help but learn something about film history and the importance of film as an art form
when you work with this man,” DiCaprio said.

Scorsese and DiCaprio have collaborated since on the Oscar-nominated The Aviator, Best Picture Oscar-winning The
Departed and now talented tandem head to the darkest regions of Shutter Island. DiCaprio promises Shutter Island is unlike any Scorsese-DiCaprio trip
audiences have taken to date.

SheKnows: What first drew you to the character of Teddy Daniels?

Leonardo DiCaprio: He comes way to emotionally attached to the case he’s trying to uncover. He’s signed on to investigate a missing woman on Shutter Island.
What we also learn within the process is that he’s got some attachment to this place. There’s something in his past that is interlocked within this mental ward that starts to unravel
during the course of this film. It becomes a giant jigsaw puzzle. We never truly understand what’s happening. It was a powerful movie to be a part of, an emotionally, sort of gut wrenching
character to play.

SheKnows: You and Scorsese are the new De Niro and Scorsese, what’s the appeal from your end artistically to return to a similar muse, albeit a brilliant one at that?

Leonardo DiCaprio: The truth of the matter is we do trust each other. We do trust each other’s tastes. And we know what we don’t like as far as movies are concerned,
and that’s an important dynamic to have when you are making a movie. You have to know what you don’t like doing, first off, and then you can discover what you do like. But, by being
able to work with him on four movies now, there is something that happens where both of you know you are 100 percent committed to making the best possible movie you can. You know that, when you
have that shared intent, there’s not a lot of conflicts because you know both of you are 100 percent making the best possible film.

SheKnows: What was it about Shutter Island that you both had to re-team? 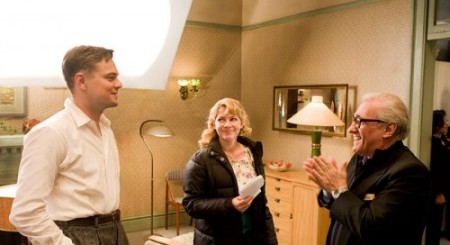 Leonardo DiCaprio: It was the material. We had a great script sent to both of us as soon, of course, as Martin Scorsese is involved making a movie, I’m immediately excited
about it. He’s one of the great directors of our time. I learn so much working with him every single time. But, like I said, we had this wonderful screenplay, a book by Dennis Lehane, and it
was about putting together this giant jigsaw puzzle and I got to be a part of that process. I got to be responsible for that character. It was an amazing journey. It really was an amazing journey
that took us to darker places than we ever could have foreseen when we committed to the project. Both of us were pretty surprised how heavy this movie was ultimately.

SheKnows: Does working with Scorsese over time become almost effortless for you as an actor?

Leonardo DiCaprio: What sets him apart is he has a unique understanding of what it is to be an audience member watching a movie. I think that’s by the shear hours he’s
banked in a theater himself being a historian of film. He is an absolute expert and he brings with him a wealth of knowledge that is unsurpassed. He has also managed to, within the process, become
his own unique artist.

SheKnows: What should audiences expect from Shutter Island? The film is pretty dark and intense.

Leonardo DiCaprio: It’s an emotional roller-coaster, first of all. It’s a genre film, a throwback to those Hitchcockian thrillers from the past. Certainly when you look
at Vertigo or films in the past where a detective becomes way too involved with the case they’re assigned to, but at the same time it’s a story of mental illness and human
nature and this island is symbolic of a lot more things. It’s one of those movies that people may have to watch numerous times to really sort of, understand the different layers that are
happening simultaneously. That’s a sign of a good movie to me, when I know that I’m able to watch it three or four times and uncover new information, that means to me I’m watching
a movie that is important and powerful and I think this movie is.

SheKnows: How about that cast? Top to bottom, you spoke about learning from Marty, how about the legends you shared screen time with on Shutter Island? 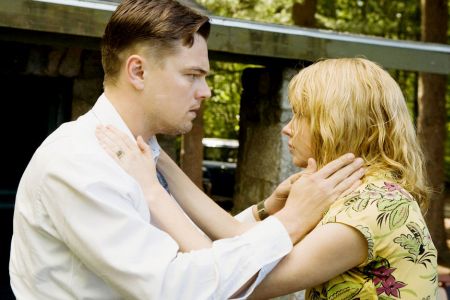 Leonardo DiCaprio: The cast was amazing. Sir Ben Kingsley, who gives such a powerful performance in this movie and really is the emotional centerpiece of this film. The great Max
Von Sydow and brings with him a power and presence that is unmatched. Mark Ruffalo was somebody that I had wanted to work with for a long period of time and so has Scorsese. When you understand
everything about this movie, you understand how deep and powerful his performance is, and Michelle Williams brings this vulnerability to is just amazing in this role. Every day I got to work with
some pretty amazing talents.

SheKnows: On what you enjoyed most about the entire Shutter Island experience?