Oscar nominee Carrie Mulligan for Best Actress would have been plenty pleased to have her independent film An Education be viewed and appreciated. The critical acclaim and showering of award nominations are a blessed bonus. 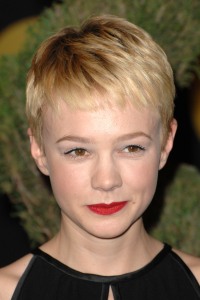 Mulligan paused before heading into a luncheon in her honor to talk about An Education and what it means to the career of a budding actress conquering the film world.

SheKnows: First off all, any idea who and their what you will be wearing?

Carrie Mulligan: No, I haven’t. I don’t even know what I’m wearing to the BAFTAs (British Film Awards). Someone else knows though. I’ve thought about it. I’ve got dream dresses in my head. I hope from someone good.

SheKnows: How has the Oscar attention affected your career?

Carrie Mulligan: I haven’t even spoken to my agent since I got nominated (laughs).

Carrie Mulligan: I haven’t found the thing that I want to do next.

SheKnows: But the nomination has opened doors?

Carrie Mulligan: I haven’t found the thing that I want to do next. Since Sundance, I’ve probably got more interesting meetings. I don’t think I would have gotten the part in Wall Street if it wasn’t for An Education. It helped. So, hopefully, I’ll get a good job next year.

SheKnows: These last few months with your schedule filling up with award shows, it has to be incredible…

SheKnows: Who are you looking forward to running into at the Oscars?

Carrie Mulligan: I’ve followed Kathryn Bigelow around quite a bit. I don’t know if she’s noticed. I’m always like, “Hi!” whenever I see her (laughs). Things like that. It hasn’t been networking at all. Gabby (Precious’ Best Actress nominee, Gabourey Sidibe) and I switched numbers and we’ve been texting each other. It’s been lovely meeting Meryl Streep, it’s complete madness, and Helen Mirren and Sandra Bullock and they’ve all been so unbelievably kind and not intimidating. You have them on such a pedestal, they’re just lovely.

SheKnows: You could line up some next gigs and network…

Carrie Mulligan: I’m not great at the mingling side of things. I tend to stick in the corner (laughs).

SheKnows: But you do have two films coming out in the next year…

SheKnows: Given your film is called An Education, what is your biggest education about attending award shows?

Carrie Mulligan: Don’t drink at award ceremonies. I did that at the Independent film Awards in London, I was hammered. I was like, “Whatever.” I didn’t think I was going to win (laughs). I was lucky (when I won). I just went up on stage and said very little. Since then, I’ve been very well behaved.