If there is a true Cinderella story at the 2010 Oscars, it is Gabourey Sidibe. Her stunning portrayal of the title character in Precious has landed the movie neophyte the coveted nomination for Best Actress from the Academy Awards. 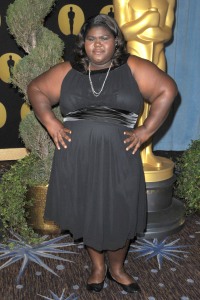 Before having lunch with her fellow nominees at the annual Oscar nominee luncheon, Sidibe shared insight into the journey from unknown actress to a performer caught in Oscar’s gloried hurricane of attention.

SheKnows: Since the film arrived, have young people approached you and confided their story of abuse?

Gabourey Sidibe: Yeah, it’s not just young people. It’s all across the board — people of all races, sexes and ages. They’re experiences with abuse and neglect. There’s not really one that stands out, they’re all special and they all evoke emotion in me. Actually, it’s super private. A lot of them have told me that the only person they’ve ever told was me. I guess because they’ve seen the film, they have a connection to Precious through me. It’s special when they tell me that.

SheKnows: Now, everyone wants to know right away, have you thought about your dress?

Gabourey Sidibe: Not just yet and its two weeks away and my stomach’s hurting over it. I’m a little scared. I haven’t even looked at color or anything like that. I got a bunch of sketches and I said I looked at them, but I lied,” she said and laughed.

SheKnows: You’ve experience award season from the front row from the SAG Awards to the Golden Globes. Does the Academy Awards possess a different feel?

Gabourey Sidibe: This is the one that everyone’s been talking about since Sundance. So, it feels like, “Finally, looks like everyone was right.” So, I’m finally here.

SheKnows: If you could choose one scene from the film that the Academy plays when they announce you as a Best Actress nominee for Precious?

Gabourey Sidibe: The classroom scene where she is talking about going to an insect survivor meeting. Another girl in the class says an insect is a bug. And Precious says, so you’re a scientist now.” I wrote that line and I laughed the hardest.

SheKnows: Who are you most excited to meet through the Oscar journey? Whether at the awards, or here today at the Oscar nominee luncheon, who do you want to meet? 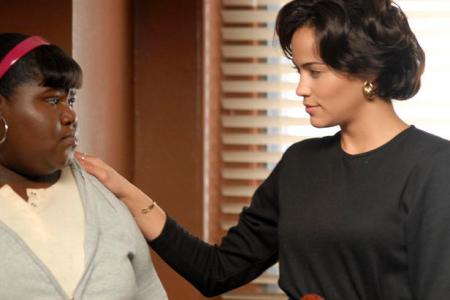 Gabourey Sidibe: (Without pausing) Steve Martin. My mom has a crush on Steve Martin. We watched The Jerk, pretty much every day. The Oscars is hosted by Jack Donaghy and The Jerk. It’s going to be awesome.”

SheKnows: This is your first film role, are you hoping to continue in film?

Gabourey Sidibe: Yeah, I absolutely hope to. It’s something that fell in my lap in such a huge way. I didn’t know how much I would enjoy it and turn my life around. It sound sad, but it has given purpose to my life. I had purpose before, but I have a different purpose now. I would love to continue. I want to do every kind of film. I want to do comedies, I want to do dramas. I want to do everything.

Mo’Nique on capturing evil and earning Oscar
Vera Farmiga: The Oscar interview
The Oscar nominees react to the good news