ABC’s The Bachelor is hotter than ever. The sizzling show just got even hotter. Bachelor Jake Pavela said Ali Fedotowsky would not have gotten a rose, even if she didn’t leave to go back to work. 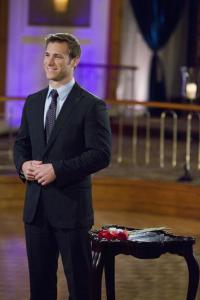 The Bachelor blogged, “Many speculate that if Ali had not left to go back to work, Gia would have gone home at the rose ceremony in episode
six. This is absolutely not true. I had no idea which girl wasn’t getting a rose, and fortunately I never had to make that decision.”

It looks like Ali is in the driver’s seat though as she appeared on the Ellen DeGeneres Show and hinted that perhaps she’ll be the next bachelorette. “That would be so
nice,” she said. “I would be so flattered.” Although her employer actually forced her to choose between being on the show and her job, she said, “If [ABC] were to ask me, that
would be so great.”

Plus, she also figured leaving The Bachelor was a win-win situation.

First and foremost, she’s still employed and secondly, if it was truly romance, Jake would figure out a way to find her. She stated, “One of the reasons it was OK for me to leave in the first
place was because I thought if this is love and he really cares about me, then he is going to come and find me,” she says. “He’s a pilot, like fly to get me that would be amazing…I thought we had
something really great.”

The Bachelor heads to St Lucia for sandy dates

The Bachelor: Vienna’s sordid past