The Winter Olympics Opening Ceremonies were highlighted with the majestic spirit of international good will in competition. It was also the forum for the premiere of the all-star We are the World remake and we’ve got the full video! 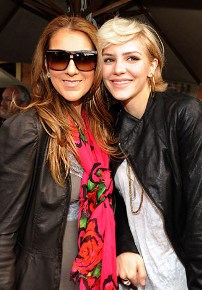 As the Olympics began with tragedy in the death of an Olympic luger, it was an immediate reminder of the frailty of life. That power was more than exemplified in the premiere of We are the World. As the precious gift that is life is so fragile, superstars from Barbara Streisand, Maroon 5’s Adam Levine, Celine Dion and a bevy of A-listers including Oscar-nominee Jeff Bridges and Couple’s Retreat’s Vince Vaughn once again left their egos as the door for the good of mankind.

The first We are the World famously helped the people of Africa dealing with a starvation crisis. Fast forward to 2010 and Haiti is devastated by an earthquake that has left the already poor nation in tatters. We are the World co-composer Lionel Richie (he wrote with Michael Jackson) joined original producer Quincy Jones in the days following the 2010 Grammy Awards and captured lightning once again.

Who else was in the recording studio? Check out the video of We are the World 2010 from its premiere at the Winter Olympics in Vancouver. All proceeds of the single’s sales will go to help rebuild Haiti.

Thanks to NBC for providing us with the astounding We are the World video!

We are the World: The video

Read on for more Help for Haiti