Couples Retreat, now out on DVD, Blu-ray and digital download, gives Kristin Davis a bit of a different wife than she famously plays in Sex and the City. Married to Jon Favreau, she heads to Bora Bora with couple friends including Vince Vaughn, Malin Akerman, Kristen Bell and Jason Bateman, all in an effort to fix their troubled marriage.

Related story And Just Like That, Carrie's Noisy Neighbors Are the First Realistic Part of the Sex and the City Reboot

Davis has been endearing herself to audiences long before she charmed us all in Sex and the City and the current Couples
Retreat. SheKnows could not be more eager for the arrival of Sex and the City sequel this summer, but before we look forward, let’s look back at the many faces of Kristin
Davis on screen since she first debuted in Hollywood. 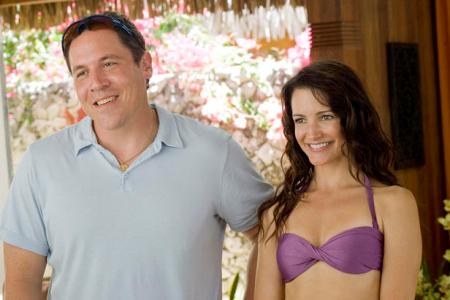 Davis had a difficult job making the comedy with Vaughn. She had to fly to Bora Bora and film Couples Retreat in paradise for months.
Sharing screen time with Favreau, Davis matched the actor’s comic brilliance step by step making their film’s end destiny beyond believable and worthy of a cheer.

Sex and the City: The Movie

In 2008, our favorite Manhattan ladies took to the big screen in Sex and the City: The Movie. Charlotte York was now married and
dealing with much different issues than Davis had to tackle when the show was airing on HBO. 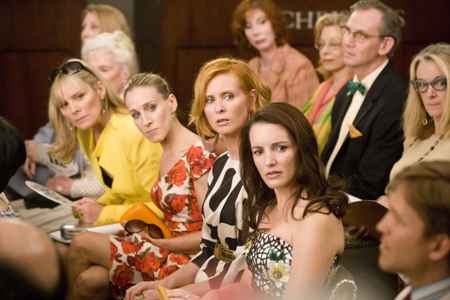 In the hands of this stellar actress, York’s character development has been impeccably perfect since Charlotte sauntered on television screens in 1998. 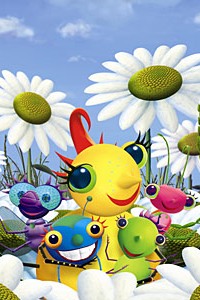 Between 2004 and 2008, Davis got animated to play Miss Spider in the beloved children’s series. Check out this shot of Davis as Miss Spider!

Sex and the City: the series

Between 1998 and 2004, Davis had a 94-episode run as Charlotte York and audiences instantly adored her. They still do with the Sex and the
City sequel second film arriving in theaters in 2010! Don’t miss our first still from the most anticipated sequel of 2010!

Deck the Halls & The Shaggy Dog

2006 saw Davis perfect her role as the dotting wife in the film comedy beyond her Charlotte York persona. In Deck the Halls, she was opposite superstars Matthew Broderick and Danny DeVito and in The Shaggy Dog, Davis had to keep her straight face alongside Time Allen.

Both films did fair box office, but managed to keep Davis on the Hollywood radar after Sex and the City went off the air– a difficult task for any actress.

The Adventures of Sharkboy and Lavagirl

Davis portrayed Max’s Mom in this Robert Rodriguez directed children’s film that also is known as the first big break of Jacob himself, Taylor Lautner in 2005.

Davis continued her successful television career cooking with guest turns on several of the nation’s biggest comedies. In 2004 she joined the madcap world of Will and Grace’s
Fab Four. Her role as Nadine only lasted a short time, but in the Will and Grace Nation, hers is among one of the most memorable guest spots during the show’s run. 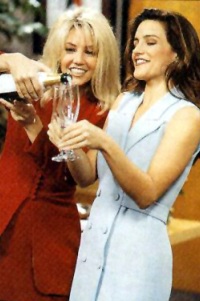 In 2000 Davis portrayed Erin on Friends and 1997’s turn as Jenna saw Davis famously play Jerry’s latest girlfriend, Jenna. Her spot on Friends was hilarious, but what
made her stint on Seinfeld so memorable?

Remember Jerry dropped her toothbrush in the toilet and didn’t tell her until later when he couldn’t kiss her for days? Then, she took revenge by breaking up with him after the shocking
toilet news and telling him she had placed one item from inside his apartment in his toilet. Needless to say, the clean-freak Jerry literally emptied his apartment in a manic search for the tainted
item.

For two seasons (1995 to 1996) on the delicious primetime soap, Davis was Brooke Armstrong that illustrated another side of actress Davis, notably a little bit psycho!

Read on for more Kristin Davis

Kristin Davis on the set of Sex and the City

Kristin dazzles at the Sex and the City world premiere