Olympic luger Nodar Kumaritashvili died during a practice run before the opening ceremony. He was 21-years-old.

Kumaritashvili was 48.9 seconds into his second practice run on the $100 million luge track when he lost control of his sled at 90 mph. Although paramedics began working on the athlete seconds after the crash, Kumaritashvili was pronounced dead at a Whistler trauma center. 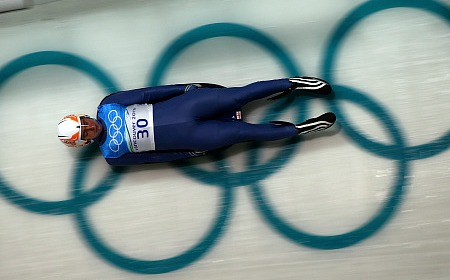 “I have no words,” a teary International Olympic Committee president Jacques Rogge said, “to say what we feel.”

The new luge track at Whistlerhas a reputation for being the fastest in the world and has been the subject of discord among non-Canadian teams who were restricted access prior to the games. Some sliders felt the lack of experience on the track translated to unnecessary risk.

“When you are going that fast it just takes one slip and you can have that big mistake,” said US doubles luger Christian Niccum prior to Kumaritashvili ‘s death. “All of us are very calm going down, but it you start jerking at 90 mph or making quick reactions, that sled will steer. That’s the difference between luge and bobsled and skeleton, we’re riding on a very sharp edge and that sled will go exactly where we tell it to so you better be telling it the right things on the way down.”

The slider is the fourth athlete to die at the Winter Games, but the first since 1992.

“As athletes, we know that the international federation, the IOC and VANOC have no higher priority than ensuring our safety, on and off the field of play,” said British luger AJ Rosen, who dislocated his hip at the same Whistler track last fall. “I know they are looking into this and, should it be deemed necessary for them to introduce additional measures, they will do so.”