Considering Oprah Winfrey is a trendsetter, we can only hope other celebrities like Madonna follow suit. Madge is causing quite a commotion with the $15 billion school for girls that she is building in Southeast Africa. 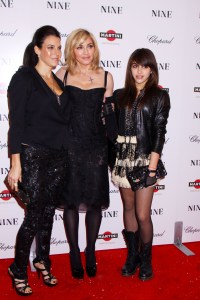 Here’s why: 200 residents near the capital city of Lilongwe were basically told they need to relocate as the school is being built.
They’re being uprooted and don’t want to leave even though they know the school will help educate their children and bridge the gap for a brighter tomorrow.

News about the backlash against Madonna’s school started yesterday when a district commissioner informed Malawi villagers they’re living
on government land and is now part of the school. Although they’ve been offered other government land in return and were compensated for their homes to the tune of $115,000 they still have
refused to leave.

If anything, it sounds like the all girls institution Madonna is building will have a long-term positive effect on locals. The ribbon cutting
ceremony was held in October when Madonna was present for the ground breaking for her institution, the Raising Malawi Academy for Girls.