Each year for the Academy Awards, we sift through the prestigious list of nominees to give our readers the inside scoop as to who will win Oscar gold.

Not to toot our own horn, but our track record has been close to stellar and it is with great pleasure that as the Oscars approach March 7, SheKnows is once again giving you a leg up on the competition in the Oscar pool. Over on SheKnows Goes to the Shows — your home for everything Oscar that is premiering soon — we have gone through the entire Oscar ballot and picked the winner in every single category. 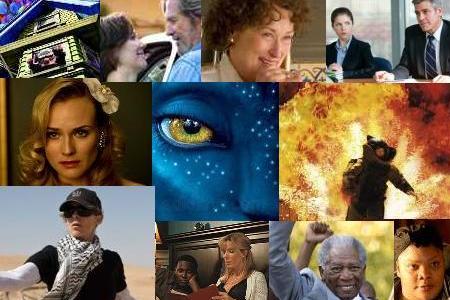 SheKnows Entertainment readers are amongst the most astute in the land, therefore some of the main categories you may already be confident in, but when calling the Achievement in Costume Design award, don’t miss a prediction that is as good as Oscar gold.

First up, Kathryn Bigelow achieved the impossible in Hollywood. The director of The Hurt Locker managed to craft an Iraq War story that resonated with critics and audiences alike. Look for her to take the Best Director Oscar and make history. Bigelow, if you can believe it, would be the first woman to ever win the Best Director category.

Secondly, looking for a Best Picture winner? Many wonder if anything can stop the James Cameron Avatar train. SheKnows says yes and that train stopper is called The Hurt Locker. Bigelow is Cameron’s ex-wife. Both are friends, but that little bit of information certainly adds to the back stage drama!

As the Oscar evening ends March 7, the SheKnows Entertainment crystal ball is seeing a whole lot of Hurt for Avatar. The Hurt Locker is your Best Picture.

Winner: Avatar
Why: Because Avatar will be denied some victories in the major categories, look for the James Cameron box office smash to enjoy a slew of technical awards, art direction being one.

Performance by an actress in a leading role
Sandra Bullock in The Blind Side
Helen Mirren in The Last Station
Carey Mulligan in An Education
Gabourey Sidibe in Precious: Based on the Novel Push by Sapphire
Meryl Streep in Julie & Julia

Winner: Sandra Bullock in The Blind Side
Why: Bullock has never been nominated and Oscar history is littered with first-time nominees who took home the top prize. Given her adoration among Hollywood insiders and Streep’s many nominations and previous victory in this category, Bullock is a sure-thing.

Read on for more Oscar