Celine Dion announced that she’s returning to Las Vegas for three more years! As tickets go on sale February 12, Celine Dion is confident her three year contract will sell out. The songstress will do approximately 70 shows every year, designed around her son’s school schedule. 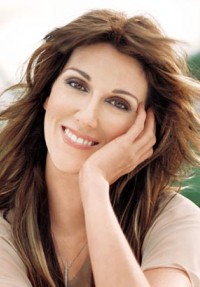 Her husband Rene Angelil
noted, “We’re very happy to return to the Las Vegas stage. The schedule will be human for Celine, to avoid tiring her out. This second show in Las Vegas will be as amazing as the first
adventure, with A New Day…”

As for the deets, the show will be held again at Caesar’s Palace and will include all of Dion’s songs that her devoted fans want to hear.

“I just love the big orchestra and the beautiful black and white movies and romance,” Dion noted. Plus, her show will have 31 musicians behind her for a majestic feel. Celine Dion’s Las Vegas gig will begin on March 15, 2011 and who knows?

Maybe they’ll even have a new baby by then!

Since Dion is in the public eye, unfortunately, so was her recent miscarriage. The singer is not giving up hope that her nine year-old son will have a sibling in the near future.

Dion was pregnant through in vitro and she and Rene are confident she will be pregnant again in the near future utilizing the same method. Angelil previously stated, “We are living the reality
of the majority of couples who have to use [IVF]. The process can be long and arduous…But today, we are full of confidence. Celine is more determined than ever.”

Read on for more Celine Dion

Celine Dion and the Top 20 Romantic Songs of all-time