Oscar co-host and Emmy award-winning actor, Alec Baldwin, was taken to a hospital today after his teenage daughter called 911. She indicated on the call that he threatened to take pills during an argument on the phone. 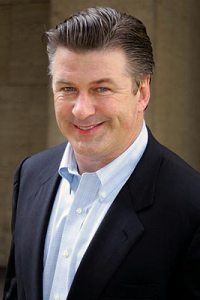 Ireland, Baldwin’s daughter, told authorities she was concerned about her dad. He basically said, “I’m tired of this. I’m going to take some pills. I’m going to end this.” The 30 Rock star was taken by authorities from his home in Central Park West in Manhattan after his daughter made that call right after midnight.

The official involved wasn’t authorized to speak publicly about the situation and instead, spoke in anonymity. After Ireland and her dad had that conversation, she called him again and was unable to reach him which prompted the call to 911.

Within an hour of being admitted to the hospital, Alec was released and did not have any trace of having taken pills or alcohol. In a statement released it appears there was “a misunderstanding on one person’s part.”

Considering Baldwin was quickly released from the hospital and back at work, skeptics wonder if there was a real problem in the first place.

You may recall in 2008 Alec berated his daughter on a phone message which was leaked to the press. He had a bitter custody battle with ex-wife Kim Basinger. At that time he called Ireland a “rude, thoughtless little pig.”

Baldwin has since apologized to Ireland and that the message was wrong. As for this latest Ireland-related phone fight, Baldwin is blaming Basinger yet again.

Read on for more Alec Baldwin