Deadliest Catch, the Discovery Channel reality show which depicts the crab fishing industry in dangerous waters off Alaska has reported sad news. The show with a strong female viewership may be saddened to hear the captain of the Deadliest Catch fishing vessel Cornelia Marie has passed away. 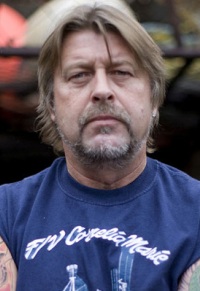 Captain Phil Harris suffered from a massive stroke on January 29 as the boat was in port. It occurred at St Paul Island in Alaska and although he was flown to Anchorage for surgery, he ultimately succumbed. His family contacted the channel last Tuesday to inform them of his death. His sons Jake and Josh issued a statement: “It is with great sadness that we say goodbye to our dad — Captain Phil Harris. Dad has always been a fighter and continued to be until the end.”

Harris and other captains starred on the show which airs in 170 countries. As they catch crabs in dangerous conditions including ice, they’re filmed in the Bering Sea between Alaska and Russia. Harris was the most notable of the captains, tattoos and all. He often risked his life for commercial fishing in Alaska which is known as one of the world’s largest food fisheries.

In a statement the Discovery Channel said, “He was more than someone on our television screen. Phil was a devoted father and loyal friend to all who knew him. We will miss his straightforward honesty, wicked sense of humor and enormous heart. We share our tremendous sadness over this loss with the millions of viewers who followed Phil’s every move.”

Captain Harris, 53, was in the fishing industry for thirty-three years and was captain of the Cornelia crew for the past nineteen years. His passion was clear as was his blunt personality. When he was in the hospital he doctors and nurses not to make mistakes in his attempted recovery.