Watching the competitions in the Winter Olympics is half the fun. The other half of the fun is getting to know the athletes and learning their stories. Here’s a look at a few of the star athletes for the United States as we head into the 2010 Vancouver Winter Olympic Games, which begin February 12 and can be seen on NBC.

Shaun White, also known as “The Flying Tomato” or simply “The Animal,” is a 23-year-old snowboarding superstar who flew into America’s collective heart by winning the gold medal in the 2006 Winter Olympics.

White’s specialty is the halfpipe — an exciting event that is exponentially growing in popularity each year. 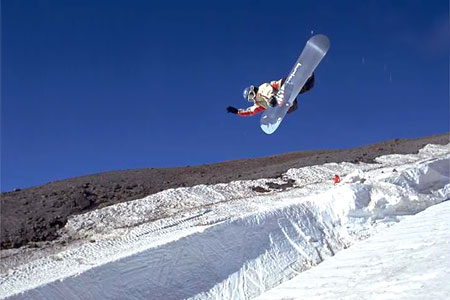 In addition to his gold medal in the 2006 Olympics, he has more than a dozen gold medals in the Winter X Games. To catch him in the halfpipe snowboarding event, tune in on Day 6. You won’t miss him — he’s the snowboarder with the long, flowing red locks!

Next up: Lindsey Vonn