Do you want to get into the 2010 Winter Olympics spirit but don’t know the difference between curling and a bobsled event? No worries. We’ve taken the guesswork out of the Winter Olympics schedule to help you find the most interesting athletes and the must-see events. 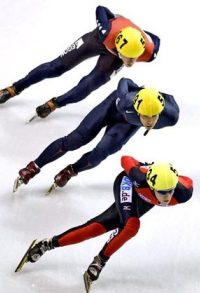 On Day 2, Apolo Ohno — perhaps the biggest star of the 2010 Winter Olympics — makes his first appearance. He’ll be going for gold in the 1500 meter short track speed skating event. Ohno has five career Olympic medals, including two gold medals. One of those gold medals came in 2002 in this very event. Watch it live on NBC starting at 8:00 pm PT.

On the fifth day of the Winter Olympics (February 16), we get to watch one of the most unique events in all of sports: biathlon. Tune in at 3:00 pm PT on NBC to watch the 12.5k men’s event and the 10k women’s event. A biathlon combines cross-country skiing with rifle shooting! The United States has never won a medal in this event. Will 2010 be the year of the biathlon breakthrough? Watch to find out.

Day 6 is the day we get to see Lindsey Vonn and Shaun White, two Winter Olympics superstars. Lindsey is a world champion alpine ski racer who will be looking for gold in the women’s downhill event. Shaun, known by his nicknames “The Flying Tomato” and “The Animal,” will be competing in the men’s halfpipe snowboarding event. You can’t miss the guy with the bright red hair flying through the air! Be sure to have your television set to NBC starting at 8:00 pm PT. 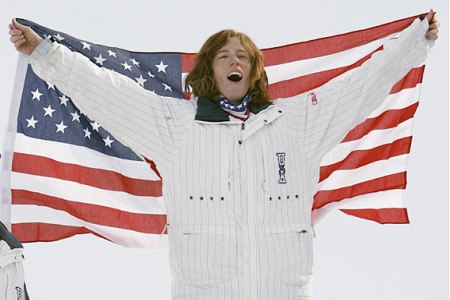 Emily Cook finished in fourth place in the 2009 World Championships. The American skier will look to improve and win a medal in the freestyle skiing event. Watch her begin the journey on Feb. 20 at 1:00 pm PT on NBC.

The next evening, Day 10 of the Winter Olympics, tune in at 7:00 pm PT on NBC to see ice dancing followed by the giant slalom. The ice dancing will feature stars Tanith Belbin and Ben Agosto in the original dance competition. In the giant slalom, you’ll witness gold medal hopefuls speeding down a snowy hill in an attempt to accomplish their life dream.

Women’s Bobsled plus Return of the Stars

Feb. 24 brings one of the most exciting days of the entire 2010 Olympic Games. Not only do we get another glimpse of stars Apolo Ohno and Lindsey Vonn, we also get to watch the always exciting women’s bobsled event! Don’t dare miss this day — events start at 8:00 pm PT on NBC.

For many people, the ladies’ figure skating events are what the Winter Olympics is all about. Watch the conclusion of the women’s free skate on NBC beginning at 8:00 pm PT. You are sure to see the birth of a few starlets on this day.

For something a little bit different on the second to last day of the Winter Olympics (February 27), switch over to CNBC at 3:00 pm PT. Curling, undoubtedly the most unique of all the winter sports, will be conducting the men’s finals. This three hour event, while not the most exhilarating, is sure to be filled with drama.

On the 17th and final day of the Olympics, men’s hockey takes center stage. At 3:00 pm PT on this Sunday afternoon, pull up a chair and tune to NBC to see the gold medal game. Keep your television set to the same channel to catch the Closing Ceremony, which begins at 7:00 pm.

Read on for more 2010 Winter Olympics