First it was Paula Abdul and next came Simon Cowell’s highly publicized exit from American Idol. As celebrity buzz surrounds Cowell’s replacement — the biggest spotlight seems to be shining on shock-jock Howard Stern. 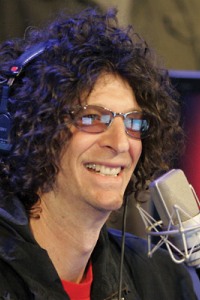 In a recent report Howard Stern has
admitted to being in talks with American Idol producers to possibly take on Cowell’s seat at the judge’s table. Considering the show is based on fans calling in with their vote
to determine the next idol, here at SheKnows we wonder if we may call the show to vote whether or not Stern would be a viable judge? Hmmm.

Known for his caustic remarks and completely honest reactions to singers, it’s no surprise that Stern is being considered a viable candidate. He’s outspoken, controversial and speaks
his mind. Perhaps though producers will go in another direction? After all, there is only one Simon Cowell.

There have not been publicized talks other than the Howard Stern conversations although he calls the show a “karaoke contest.”

He noted, “There’s not a better job on the planet than judging that (expletive) karaoke contest. It would be the best thing that happened to me. What a cush job — $100 million for four
months. Who wouldn’t take that?”

So, do fans who love American Idol and tune in week after week
also view it as a karaoke contest? Better yet, would they still watch the show knowing the potential new judge doesn’t take it seriously? Stern takes it seriously enough to consider the $100
million paycheck which would be in addition to his day job. He added, “They’d have to pay me a ton of dough because I already make a ton of dough…. A $100 million to judge a karaoke contest?
Yeah, I would do that show for $100 million.”

Although the jury is still out whether or not Stern would be the right replacement for the coveted role on the show and whether or not he knows a thing or two about music, he apparently thinks
he’s the best person for the job. “If I do say so myself, I can’t imagine anyone else but me replacing [Cowell]… I mean, I don’t know.
How else are they going to make that show work? Who knows how to broadcast and who knows how to be interesting? And who’s not afraid to speak their mind?”

American Idol searches for the next Simon Cowell