The films that win big at the Oscars are not always the same films that led the box office during the year. But there are those times when the Academy sides with the public and recognizes those powerhouse films with both artistic and monetary achievements! 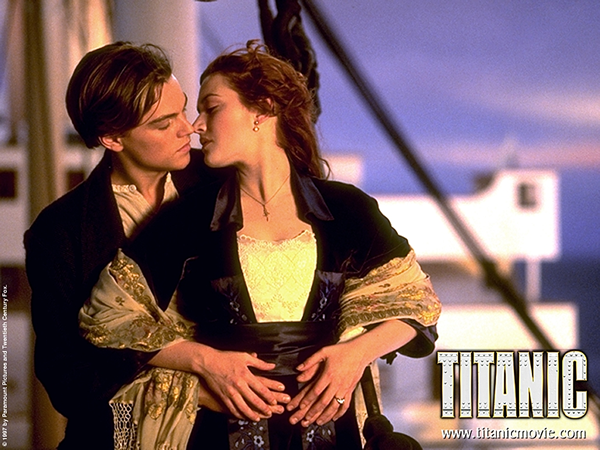 Looking back over the decades of Oscar ceremonies, what films benefited the most from receiving the coveted Best Picture Academy Award and which blockbusters won despite being audience favorites? Ladies and gentleman, we are proud to present the SheKnows Academy Awards box office winners by the numbers.

Titanic:1997 box office earnings of $600,788,188
The highest grossing film of all-time, until director James Cameron released Avatar, Titanic had the most nominations of any film in 1997. The classic took home a cavalcade of Oscar gold including Best Picture.

Lord of the Rings: The Return of the King: 2003 box office earnings of $377,027,325
The 2003 Best Picture winner was perhaps not the best of the three Lord of the Rings films, but the Academy bestowed its highest honor of the third film in the JRR Tolkien series.

Forrest Gump: 1994 box office earnings of $329,694,499
Forrest Gump charmed everyone. Tom Hanks earned another Best Actor Oscar and the film added to its hundreds of millions of dollars in box office sales with a slew of statues not only for its star Hanks, but also director Robert Zemeckis and for Best Picture.

It took an Oscar to endear these movies to us:

Rain Man: 1988 box office earnings of $172,825,435
Sure, it’s easy to see how Rain Main was a box office smash. Tom Cruise and Dustin Hoffman starring in a touching tale that hits the heart and the mind. But at first audiences were not so sure. After a Best Picture, Best Actor for Hoffman and Best Director win for Barry Levinson, the 1987 tepid response to the film turned into gross earnings of $172 million in 1987.

The Unforgiven: 1992 box office earnings of $101,157,447
Another perfect example of a film that people knew was quality, but didn’t flock to when it first hit the theaters. The Unforgiven opened to a disappointing $15 million in its first week of release. After Oscars for director Clint Eastwood, Supporting Actor Gene Hackman, and Best Picture, Eastwood scored with a $100 million blockbuster.

Gone with the Wind : 1939 box office earnings of $198,680,470
Gone with the Wind was a blockbuster, no matter the era. When it hit screens in 1939, the story of Rhett and Scarlett was also a critical darling and brought Depression-era audiences to the cinema in droves. After it won Best Picture, those who held out pre-Oscar ceremony to see the picture parted with their hard-to-come-by cash to witness cinematic history.

The Sound of Music: 1965 box office earnings of $163,214,286
The Sound of Music won the Best Picture Oscar in 1965 and was already on its way to being a hit. Its Oscar victory pushed the Julie Andrews classic into superstar success. The film went on to become a national sensation with the film and the soundtrack chalking up sales.

Shakespeare in Love: 1998 box office earnings of $100,317,794
Shakespeare in Love is a perfect example of the ability of an Oscar victory to turn a critical hit into a blockbuster smash. Shakespeare in Love took the top honors, besting the expected winner Saving Private Ryan with Miramax’s enormous and expensive marketing campaign. Credited with beginning the modern advertising for Oscar’s era, Shakespeare in Love’s box office returns after Gwyneth Paltrow took best Actress and the film won Best Picture are the stuff of legend.