The chips, the dip, and wings, oh my! Let’s not forget the commercials and ah yes, the celebrity sightings! As the country watched the Saints beat the Colts in an upset of 31-17, truth be told: Most of us weren’t tuned into the 44th Super Bowl on CBS because we’re huge football fans. 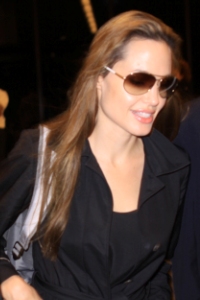 Quite the contrary! As
we watched Queen Latifah sing America the Beautiful to kick off the big game in Miami, we knew we were in for a real treat. Next up? Carrie Underwood’s beautiful rendition of the Star Spangled Banner.

While she wore a white pant suit with sequins around the waist, Underwood’s hair was pulled back and it was clear she meant business as she crooned to one of the most difficult songs there is to
sing.

Although the older set may have enjoyed The Who during the halftime show, others may be longing for the days of Justin Timberlake and a more
energized performance.

In fact, the ladies took to Twitter to rally fan support. Kendra took a twit pic of herself and newborn son, Hank Baskett, Jr wearing their matching Colts jerseys. In the meantime, Kim showed a
twit pic of her manicure of her gold and black nails which spelled Bush and #25 on her thumbs. 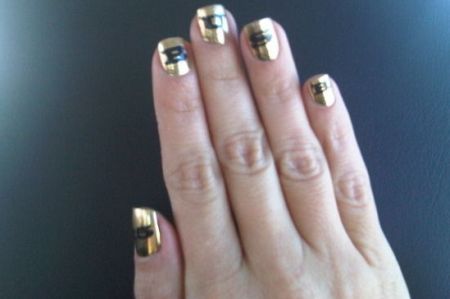 As for sightings themselves, no stranger to free publicity, Angelina Jolie, Brad Pitt,
and their son Maddox were in the stands to watch the game as they joined the Saints fans as they shouted their ubiquitous chant, “Who Dat?” Actually, just moments before the
game Pitt was escorted to the stands via a golf cart! Tom Cruise entered the stadium like other ticket holders as he ascended up an
escalator holding Suri in his arms. Cruise also watched the game with his son, Connor.

Demi Moore and hubby Ashton Kutcher were also in the stands and John Travolta was spotted at the game as well. LL Cool J went so far as to
proclaim his allegiance to the Colts because of the New York connection (Here’s a little trivia: The Colts’ Quarterback Peyton Manning is the brother of the Giants’ Eli Manning.)

Celebrity sightings aside, the commercials did not disappoint! Although some companies like Pepsi took all of their advertisements online during the game, others like Doritos and Bud Light cashed
in on the huge audience. More memorable commercials including Betty White playing football, babies talking about milkaholics, and a house made
of Bud Light cans which fell apart. Although there were serious commercials too — such as the ones from Toyota — you may also recall Charles Barkley rapping for Taco Bell.

As for one of the most memorable non-game moments of the night? A promo for CBS’ Late Show with David Letterman included a punch line spoken by Jay Leno, his long-time competitor who will face off at the 11:35 pm time slot this fall. Letterman sat on a couch with Oprah Winfrey stating, “This is the worst Super Bowl party
ever.” To that point, Leno relies that Dave was “just saying that because I’m here.”

Read on for more Super Bowl

The best and worst of the Super Bowl commercials