American Idol is finally heading to Hollywood. The top 24 American Idol finalists have been chosen and their Hollywood tickets stamped. Now the competition truly begins. 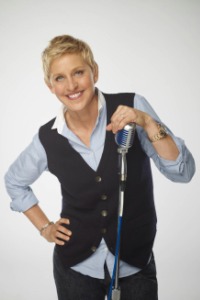 The dreaded
audition rounds are over, and the real cream-of-the-crop singers have risen to the top. Also exciting now is the debut of Ellen DeGeneres as a full-time judge.

Gone are the guest judges, although we love you,
Victoria Beckham — and especially you, Katy Perry! Who did you enjoy
or despite? Reality TV Magazine wants to know!

Also, now that American Idol is hitting Hollywood, audiences can judge for themselves whether the rumors of a DeGeneres-Simon Cowell feud are true. With DeGeneres admitting recently
that Cowell is meaner than she expected, this show should get truly fascinating from here on out. Doesn’t it always?