As Samantha Harris shocked fans of Dancing with the Stars with her big announcement last week to leave the show after Season 10 to pursue expanded responsibilities on The Insider, there hasn’t been much news about the show — until now. 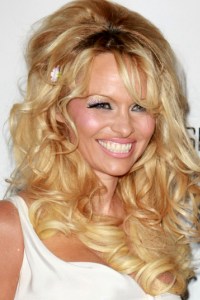 “I’ve loved
every aspect of my time at Dancing With the Stars,” Harris, 36, told
UsMagazine.com. “I’ve lived and breathed this incredible show for the last eight seasons, making lifelong friends along the way. It has given me so many wonderful opportunities.”

The show will kick its heels and launch its tenth season on March 22 and although Samantha’s replacement hasn’t been announced yet, the show will have a big reveal on March 1 when it
provides the inside scoop on the entire cast.

The Dancing with the Stars cast announcement will have a promotional crossover effect as it will surround the final episode of
ABC’s The Bachelor.

As the next dancers are announced, we wonder who will compete in the next competition? Well, wonder no more. So far all we know is that one of the dancers will be none other than Baywatch
alum Pamela Anderson. Sources told Radar that Anderson is “thrilled and so is the show…she really wanted to do
[DWTS] and the show thought it was a great idea.”

Although rumors are swirling that the main intention of having Pamela Anderson compete on the show is to increase male viewership but ABC has not confirmed nor denied rumors. Dancing with the Stars has a history of reinvigorating life into celebrities
and reality stars who have perhaps lost their 15 minutes of fame.

Who will make up Dancing with the Stars season 10 cast?