Since Casey Johnson’s unexpected and shocking death at only 30 years old, there’s been much speculation about a drug overdose. Turns out, diabetes was to blame. 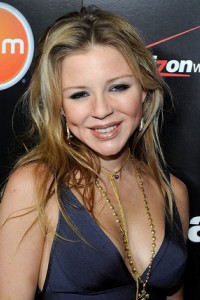 When Johnson was found dead in a friend’s apartment on January 4, many suspected foul play or a drug overdose.

That’s often the assumption made when a young socialite or Hollywood star passes (as with Brittany Murphy, whose results were also released today), it also didn’t help that the heiress to the Johnson & Johnson mega-fortune lived her short life amid a swirl of scandal.

A history of wild, public girl fights and excessive partying led most to assume the worst, but now, The Los Angeles County Department of the Coroner’s has released a statement attributing her untimely death to diabetic ketaocidosis.

“I was the only person in the world who defended her til the end of times and I was right…now the chapter ends,” Tweeted reality star Tila Tequila, who was reportedly engaged to Johnson at the time of her death.

While the coroner is calling the death “natural,” however, Johnson’s death probably could have been prevented had she followed the health regimen required by her condition.

Diabetic ketaocidosis means the body suffers for a lack of insulin and dangerously high blood sugar, which can usually be controlled by diet, exercise and medication.

Casey, who was the daughter of New York Jets owner Robert “Woody” Johnson, was laid to rest on January 12 at her family’s estate in New Jersey. She leaves behind her adoptive three-year-old daughter, Ava, who was named for Marilyn Monroe and is now with her Casey’s mother, Sale Johnson.

Read on for more Casey Johnson