Brittany Murphy’s autopsy results have been released. As the 32-year-old Brittany Murphy was laid to rest six weeks ago on Christmas Eve, questions swirled around the cause of the death. There are no more mysteries.

Murphy died accidentally as a result of multiple drug intoxications, pneumonia and iron deficiency anemia. Prior to her death, the actress’s husband and mother both said she was suffering from laryngitis and flu-like symptoms. On December 20 she was found in her Hollywood Hills home. Attempts by her mother and husband, Simon Monjack, to revive her were unsuccessful. 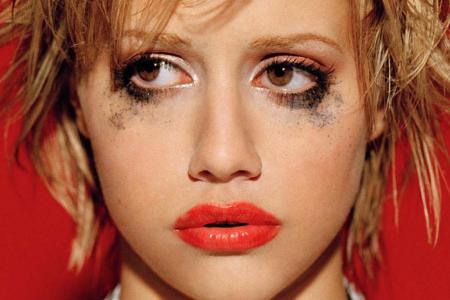 Sadly, the LA County Coroner office has mentioned they believe her condition was “treatable.”

Unfortunately, hindsight is 20/20 as no one took her to the hospital in time.

Regarding the multiple drugs found in her system, they were prescription drugs including medicine for cramps and over the counter meds including cough syrup. It’s likely the drugs pushed her over the edge but underlying problems were the pneumonia and anemia.

If any lesson may be learned from the untimely death of Brittany Murphy, it’s that being unhealthy in this day of modern medicine can be fixed with the simplest visit to the doctor’s office. In essence, Brittany was very sick and did not get proper treatment. It appears that her self-medication of cough syrup did not help her cause either.

We also don’t know what physical state Murphy was in but considering her conditions she was likely exhausted as well. Although the autopsy report can not bring the actress back to life, it will hopefully answer questions so her husband and mother may properly grieve and move forward.