Melissa Joan Hart and Joey Lawrence are teaming up on a new ABC Family show called Melissa and Joey.

It’s hard to believe these thirty-something actors are veterans in their respective fields but it’s definitely true. And a case of deja vu all over again. Melissa Joan Hart previously
starred in Sabrina the Teenage Witch and Clarissa Explains It All. As for Joey, you may remember him from Blossom and Brotherly Love. Better yet, they both
appeared on contestants on Dancing With the Stars. 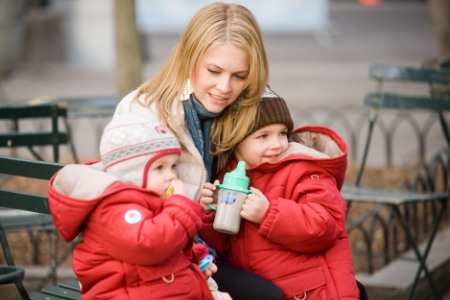 The new show will debut later this year and feature Melissa Joan Hart’s character as a politician who simply must take in her niece and nephew after her sister is sent to prison. Joey’s
character moves in the house to become the family’s “manny.”

Sounds like drama and a whole lot of laughs will ensue!

The president of ABC Family indicated, “We love Melissa and Joey. Melissa has a long history on the network, and she and Joey recently starred in the network’s original movie, My Fake
Fiance, which broke records for the network last year. They have fantastic chemistry and are just so relatable to our viewers. We knew we wanted to get them together again, and developed this
comedy specifically with them in mind.”

read on for more tv news