Nominees for the 82nd Academy Awards have been made, and the stars are reacting with joy and appreciation. 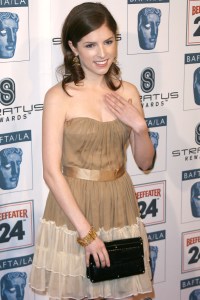 Here are some of the statements nominees have made thus far basking in the glow of their Academy Award nomination!

Anna Kendrick, Best Supporting Actress nominee, Up in the Air:
“I am thrilled beyond words to be nominated with these talented and inspiring women. Being involved in a film as special as Up in the Air was a dream come true. I am overwhelmed and honored by this nomination and am so grateful to be able to share this experience with George, Vera and Jason.”

Gabourey Sidibe, Best Actress nominee, Precious:
“I am so excited and honored to be recognized by the Academy and included in such a remarkable group of actors. I’m very proud of my film, my cast and extremely grateful to Mr. Daniels for the incredible opportunity to play Precious.

Mo’Nique, Best Supporting Actress nominee, Precious:
“What an honor to be nominated for this prestigious award. God bless us.”

Vera Farmiga, Best Actress nominee, Up in the Air:
“I am deeply honored and humbled by this recognition and truly grateful to the Academy for their support of Up In The Air. I feel my nomination is due, in large part, to the phenomenal work of George, Anna and Jason on this film and it is especially moving to receive my first nomination in their company.”

Meryl Streep, Best Actress nominee, Julie & Julia:
“I am proud and grateful to stand with these women who have given such a range of beautiful, indelible performances this year!!” 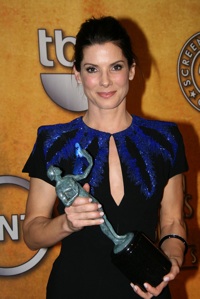 Sandra Bullock, Best Actress nominee, The Blind Side:
“I’d always assumed that the road to Oscar was planned. I thought people chose projects that were considered Oscar-worthy. No one wanted to make this film. I didn’t want to make this film for the better part of the year. Everyone is as blindsided — can I say that? — as I am.”
Penelope Cruz, Best Supporting Actress nominee, Nine:
“I am completely surprised and elated. Rob Marshall is not only a genius but an absolute joy to work with. I woke up every morning excited to collaborate with this amazingly talented group of actors. Filming this movie was such a special experience and to be nominated for this role makes me so happy.”

Morgan Freeman, Best Actor nominee, Invictus:
“I’d like to thank the Academy for this honor. Congratulations to Matt Damon on his nomination. I’m especially grateful to Clint Eastwood, Invictus producer, Lori McCreary, and the entire cast and crew of Invictus. Most importantly, thank you to Nelson Mandela for his encouragement, his blessing and his friendship – without which, this film would not have been possible.”

Colin Firth, Best Actor nominee, A Single Man:
“I thought I was managing my expectations, but on hearing the news I discovered new and unfamiliar vocal tones. Perhaps I should do another musical.”

Watch for the winners when the Oscars air on March 7!