The Ice Castles DVD — a remake of one of the most beloved romances of the ’70s — lands in stores February 9. 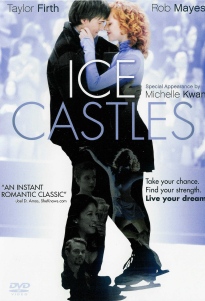 Ice Castles’ tagline truly says
it all when it comes to the film’s ability to capture not only love, but also the tenacious passion it takes to become an Olympic athlete: “Take your chance, find your strength, live
your dream.”

When Ice Castles debuted in 1978, the nation was in the midst of an ice skating craze. Dorothy Hamill had inspired girls to throw ice skates on their feet and head to the rinks. Since
then, the popularity of US figure skating has exploded.

With a new generation of girls looking to their skating heroes in Vancouver beginning February 12 for the 2010 Winter Olympic
Games, Sony headed to their vault to remake a classic.

Stay tuned to SheKnows for our complete review of the Ice Castles DVD (a short preview is seen on the DVD cover at right!).

Now, it gives us great pleasure to present a world premiere exclusive clip from the film.

Winter Olympics exclusive clip: How Olympic moms do it