Although the Hope for Haiti telethon raised upwards of $58 million, stars aren’t shutting the door on goodwill efforts. On February 1, in a Hollywood studio, an army of stellar voices contributed to a song in the effort raise millions of dollars more for Haitian earthquake relief.

Remember We Are the World from 1985? That track gathered the world’s biggest stars of the day and raised more than $30 million for African humanitarian programs. With the 2010
We Are the World update, music legends such as Tony Bennett and Barbra Streisand recorded a new version of the song among newbies such as Justin Bieber. 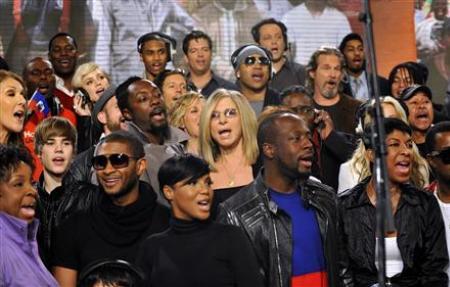 Lionel Richie and Quincy Jones, the original producers, gathered a “who’s who” of contemporary superstars at the very same studio used in the 1985 recording session.

Ritchie co-wrote the first song with Michael Jackson back in the day. The production team includes producer-musician Wyclef Jean, producer RedOne and producer-musical director Ricky Minor (American Idol). And what better world stage on which to premiere the
new We Are the World than the Winter Olympics? 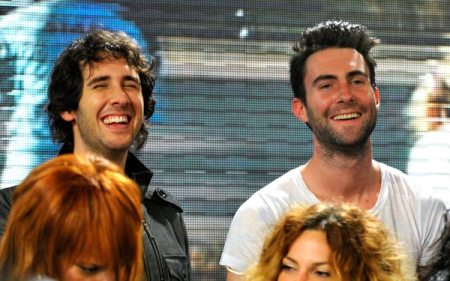 The new We Are the World version will be unveiled during NBC’s coverage of the opening ceremony in Vancouver on February 12.

Curious to see if your fave singers were involved in the recording?

Here’s a list of names released from the jam session:

more on help for Haiti