After the 2010 Academy Awards nominations were released to the world, immediately the second-guessing began. So, who was snubbed? 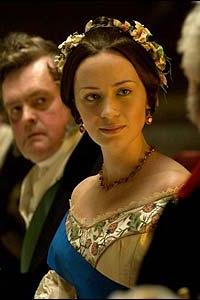 Honestly, not many in 2010 that were expected to receive nominations didn’t earn one February 2.

Clint Eastwood, arguably lost out on a directing nomination due to deep competition in 2010. His Invictus actors, Morgan Freeman and Matt Damon, each received nominations and usually that doesn’t happen without the helmer achieving a nod as well. But, Eastwood has a few Oscars, so perhaps the Academy figured it was not such a snub.

Some corners of Hollywood were expecting the expanded Best Picture category from 5 to 10 films would allow the Academy to honor films that never usually receive that accolade. Star Trek would fall into that category. Not only was it a huge hit, but JJ Abrams’ Star Trek is also a stellar film, easily one of the 20 best of the year, if not the top 10 of 2009.

With the musical Nine only earning a nod for actress Penelope Cruz, Academy watchers could be included to admit Nine got snubbed.

But, that movie was downright dreadful and honestly, they should be lucky — even with their Oscar-loving cast — to receive the nomination they got for Penelope Cruz.

The Academy also showed, yet again, its complete lack of a sense of humor. Although many moments in the 10 films are funny, none are straight-up comedies. Oscar has never shown an affinity for the funny side of film and with The Hangover missing the Academy’s top 10 in 2010, this won’t be the year Oscar found its funny bone either.

Usually a Best Picture nomination assures a Best Director nomination for the film’s leader. But, with the expanded pack in 2010, that obviously was not possible. So, director’s such as Joel and Ethan Coen, whose A Simple Man earned top honors, were left out. Also left out was Lone Scherfig for the directing of An Education.

Surprises, at least for this reporter, came mostly in the Best Actress category. Although looking at the nominees including Sandra Bullock, where the following would have fit, I honestly do not know. But, it would have been nice to see Emily Blunt and Audrey Tautou nominated for The Young Victoria and Coco Before Chanel, respectively.

Lastly, fans of Mariah Carey are crying foul when she was left off the Best Supporting Actress list. Although Carey was astounding in Precious, there was simply not enough room given the fab five that were nominated — Maggie Gyllenhaal, Mo’Nique (for Precious), Anna Kendrick, Vera Farmiga and last year’s winner — Penelope Cruz.