Avatar finished off yet another weekend as the top grossing movie, hitting $2.04 billion in international sales and still threatening to take the domestic title from Titanic.

As noted last week here at SheKnows Entertainment, Avatar has surpassed Titanic on the international circuit as the
highest grossing film of all-time and is expected to take the domestic title within the next week by surpassing $600 million in North America. 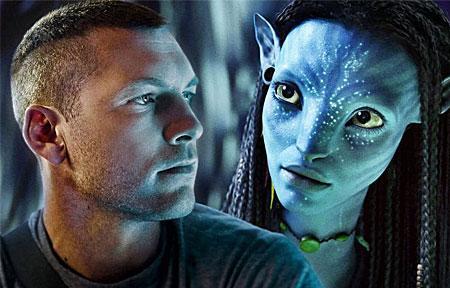 Mel Gibson’s Edge of Darkness was hoping to be the flick to finally break Avatar’s lead, but instead came in at second, with
$17.1 million. This is Gibson’s first movie since 2002’s Signs, not to mention since his infamous drunken rant in Malibu, and ranks as his lowest release since 1995’s Braveheart.

The Josh Duhamel and Kristen Bell vehicle When in Rome came in third, with $12.1 million, also short of what they were hoping for. .

The Tooth Fairy held it’s own at fourth with $10 million, while The Book of Eli dropped two spots, but stayed in the top at
number five. This weekend’s pull of $8.7 million puts Eli’s total so far at $74.5, which means it may recoup its $80 million budget.

Meanwhile, Legion, which was up at second last week, fell all the way down to sixth. Ouch!

The Lovely Bones, Sherlock Holmes, Alvin and the Chipmunks: The Squeakquel and It’s Complicated followed to stay in the top ten, in that order.

9. Alvin and the Chipmunks: The Squeakquel, $4 million

Live from the Avatar Blue Carpet

Remember when: Will the Avatar gamble pay off?

Avatar becomes the globe’s highest grossing movie of all time