She’s an international bestselling author of some of the most popular chick lit novels ever, she’s battled depression and addicition, and right now Marian Keyes is counting her lucky stars. 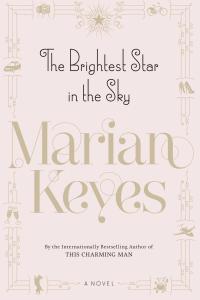 Marian Keyes is back with her newest chick lit novel, The Brightest Star in the Sky and SheKnows Chick Lit is getting the scoop on this fun and fantastic new read.

SheKnows:  The Brightest Star in the Sky is a powerful novel, not just about the lives of the fascinating and
entertaining inhabitants of 66 Star Street, but also about an otherworldly being who comes to visit them. Where did you get the idea for this book?

Marian Keyes: I knew that I wanted to write about The Ripple Effect –how as human beings we are all connected and our every
action has impact. The best way to do that, I felt, was to write an ensemble piece — a novel with a large cast of disparate characters. (I had read the Tales of The City series some years
back and loved the structure.) But I needed a reason for all my characters to intersect and I wish I could take credit for the idea — an unconceived baby looking for its parents –but it came to
me out of the blue. Two weeks later I discovered my little sister was pregnant and I’m convinced her baby Dylan “gifted” me the narrative hook. Which is why I’ve dedicated
the book to him. It seems only fair.

SheKnows: Each character of the book has a distinctly different personality and life, yet they all come together so well. How did you come up with these characters? Are there
shades of anyone you know in real life?

Marian Keyes: Characterization is very very important to me as a writer. I explore emotional landscapes and that can only be done effectively if the characters are believable and
likeable. So I put a huge amount of work into creating my characters. However, I would never “lift” an entire person from real life and put them in a novel, I think that would be a
terrible abuse of power. But long before I was a writer, I was always fascinated by people, by the gap between the self we present to the outside world and our “real” self. So I think
on a subconscious level, I’m constantly taking notes when I’m with people. I think I seek out what makes each person unique and it all goes into a database in my head so that when
I’m ready to start work on a new character, I have hundreds of different characteristics to call on. But it’s definitely a case of trial and error, building a character — I give them a
trait, it doesn’t work, I remove the trait and try another one…

SheKnows: Though the novel can be lighthearted and funny, you also deal with some difficult issue — depression, alcoholism, and worse. Where does this serious side come from? How
do you weave it so well into your story?

Marian Keyes: It definitely comes from me. I’ve suffered from depression and alcoholism (I’ve been in recovery for some time) in my life, yet I’ve always used
humor as a survival mechanism, so it’s a natural extension for that personal duality to leak into my work. Also, I always want to write a story with substance, but that can be painful — both
to read and to write. So, after a spell of writing about the dark stuff, it becomes automatic to move to the light.

SheKnows: You address dementia-Alzheimer’s, rape, and more — why these topics? What research did you do to create such a realistic portrait of the characters affected by
these issues?

Marian Keyes: I wrote about dementia because it seems very relevant — many of my friends are having to face that terrible condition in their parents. It’s such a
heartbreaking thing to live with, to see the person who used to take care of you, disappear and become a child. Yet, I feel that, as a society, we haven’t yet fully addressed the totality of
the horror of it. And yes, I also wrote about a rape. In past books, I’ve written about what might be called “feminist” issues—how women are treated in the workplace
vis-a-vis their male colleagues (The Other Side of The Story); women’s relationship with the beauty industry (Anybody Out There); domestic violence (This Charming
Man). It seemed a natural extension of writing about domestic violence, to also write about rape — they share similar characteristics. As regards researching dementia in a parent, sadly
I know way too many people with personal experience of it. However, researching the rape was different — because it’s such a taboo subject, I wasn’t able to personally get in touch
with a victim. I did all my research on the internet where, due to the anonymity it provides, women felt safer to share their story. 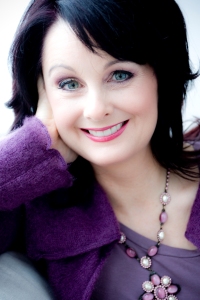 SheKnows: You are a mega international bestselling author with over 22 million books in print. How
do you feel about your American audience? While the book is set in Ireland, it transcends continents and could be any metropolitan city, from New York, to LA to Atlanta. In what ways do you think
readers everywhere can relate to your characters and stories?

Marian Keyes: I love my American audience—they’re so passionate and enthusiastic — and think they really “get’ me.
In one way, I think they love the specific “Irishness” of my work; there are so many Americans of Irish descent that I find they enjoy that link to their heritage. In that regard, I
think the warmth and humor and sense of family is what they enjoy the most. However, on the other hand, the stories I tell are universal and transcend nationhood. The odd thing was that I used to
think that I was unique, that no-one had the feelings and thoughts and emotions that I had. Nevertheless, I took a big risk and invested Claire, the character in my first novel Watermelon,
with many of my ‘unique’ features — and discovered that I wasn’t so unique after all. In fact, being so honest struck a huge chord with readers and they found it hugely
comforting to discover that they weren’t the only person, for example, to feel jealous when their best friend lost 10 pounds. So, almost by accident, I discovered that human beings are pretty
much the same the world over.

SheKnows: The Irish are known for their great story telling abilities. Where do you see yourself in this tradition?

Marian Keyes: In one way, I feel part of an age-old tradition that goes back generations — my mother is a hugely gifted storyteller, with an innate sense of narrative arc, how to
play out a plot etc. And she came from a remote part of Ireland where storytelling was the only form of entertainment (no electricity meant no TV!) However, in another way, I feel very much
part of the new Ireland, particularly an Ireland where women have come of age and finally found their voice, where we feel that our lives matter and are interesting. I feel very lucky to be the age
I am and am very grateful to 2 other writers in particular who paved the way — Edna O’Brien and Maeve Binchy.

SheKnows: You have had an interesting life: you were a lawyer, among other things first. When did you decide to become a writer and why? What is your
writing regimen like?

Marian Keyes: I call myself an “accidental novelist.” I didn’t start writing until I was 30 (at the time it felt ancient, now it seems terribly young) — I
didn’t even know I wanted to write and it was desperation that triggered the desire. As I mentioned earlier, I’m a recovering alcoholic. At the age of 30 I was in the throes
of active alcoholism and had constant thoughts of suicide. I felt entirely hopeless. My life was becoming smaller and smaller and I could see no way out. One afternoon I read a short story in
a magazine and it was fun and quirky and a voice inside me said, “I’d like to do that.” There and then I wrote my first short story. In retrospect, I think it was an attempt to
hold onto myself, to stop myself from disappearing entirely. Four months later, I ended up in rehab and when I came out, sober, writing was still waiting for me. At the time I had a full-time
job, which I gave up after three years. Now I’m a full-time writer and — to my initial disappointment — writing is pretty much Monday to Friday, 9 to 5.