The 2010 Grammy Awards proved memorable for several stars including Taylor Swift, Beyonce and Kings of Leon.

But, the true winners at the Grammy Awards were the audience as performances once again reminded us why we watch this annual celebration of the best in music. 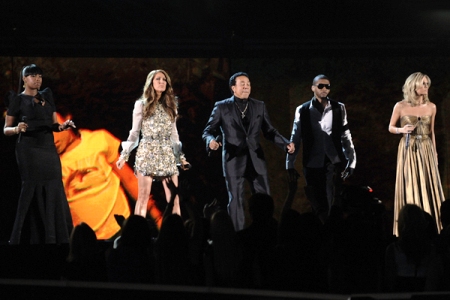 SheKnows Entertainment culled over the entire evening and present to our readers the top six performances of the over-a-dozen that illuminated the nation’s TV screens January 31.

The stars of the music industry are all represented from Lady Gaga and her duet with Elton John, Beyonce’s militaristic jam to Bon Jovi performance of an audience request and yes — even Michael Jackson!

Beginning our countdown is the queen of the masquerade — Lady Gaga.

Would audiences expect anything less than what we saw at the Grammy Awards performance from Lady Gaga. Well, yes actually — how about Sir Elton John!

Pink took her passion for high-flying excercise and turned in one of the Grammy Awards top performances.

Bon Jovi was able to perform a three-song medley including both current and old hits. The final track, was chosen by the audience at home watching the 2010 Grammy Awards. Joined by Sugarland’s Jennifer Nettles, Bon Jovi has never sounded or seemed more relevant.

Up next…The Grammy Awards’ youngest move the audience and our number one performance from the 2010 Grammy Awards!