Comedian and actor Rip Torn was arrested for breaking into a Connecticut bank. 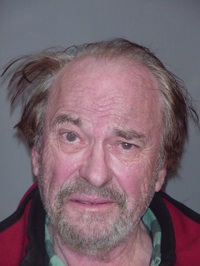 When state police responded to an alarm at the
Litchfield Bancorp building they found a “highly intoxicated” Torn passed out on the floor “with a loaded revolver.”

Torn allegedly gained entry to the bank through a back window, which was found broken. The bank appeared otherwise untouched and no money
or valuables were missing.

But the bank manager believes Torn deserves the benefit of the doubt. Mark E Macomber, President-CEO of Litchfield Bancorp says he doesn’t think Torn was trying to steal anything.

Macomber says he thinks Torn needs help with his alcohol problem more than anything else — a problem that has gotten Torn in trouble with the law before. He has two drunk driving incidents in New
York and one previously in Connecticut.

Read on for more celebrities in trouble