Hundreds of athletes will head to the 2010 Winter Olympic Games, but few will conquer their sport, earning the coveted gold medal. You’ll want to keep close tabs on these five athletes who have a laundry list of past successes, but now vie for Olympic tribute. 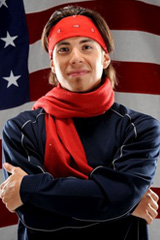 Short-track speedskater Apolo Anton Ohno has a history at the Winter Olympics, winning a gold and silver medal in 2002, as well as a gold and two bronze medals in 2006. He elevated to fame only two
years after picking up the sport and quickly became one of four Americans to win three medals in a single Winter Olympics. Ohno was twice named United States Olympic Committee’s Male Athlete
of the Month and was the U.S. Speedskating’s Athlete of the Year in 2003.

In a different arena, he sashayed to win the fourth season of ABC’s Dancing with the Stars with partner Julianne Hough.

Having won an Olympic medal in every distance, adding one more to his collection will set an American historical record as the most medals earned by a Winter Olympian. Will he accomplish this feat
at the Vancouver Olympics? 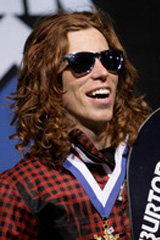 You’ve probably heard of Shaun White. Not only is he the defending Olympic half-pipe champion, but he has his own Wii snowboarding video game. And you can’t miss this 23-year-old
character with his long, curly reddish-brown hair and enveloping personality.

But White is more than just fun and snowboarding games. Sweeping snowboarding competitions since his tweens, he landed a sponsor and became pro at age 13. Then he won the Winter X Games a few years
later. Always pushing the limits, White earned the first title of “Burton Global Open Champion” in 2007 and stole an Olympic Gold medal in 2006. Watch White in Vancouver to see what he
adds to his resume next. 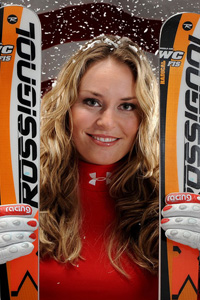 Lindsey Vonn has been deemed the “one star U.S. athlete to watch” at the 2010 Vancouver Olympics. Vonn began skiing in international competitions at age nine and surged to acclaim in
her junior years. More recently, she became the two-time World Cup champion and has earned the most World Cup titles of any American woman, numbering 22 in her career.

Vonn finished eighth in the downhill race at the 2006 Winter Olympics, despite a crash and bruised hip from training the day prior. In 2002 at age 17, she placed sixth in combined skiing.
Continuing her icy hot streak, Vonn is sure to turn a few heads this Olympics with promising rewards in sight. 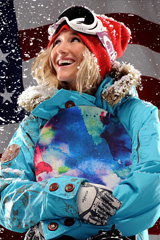 FHM model. Apparel designer. Global warming advocate. Olympic silver medalist. Gretchen Bleiler has taken the world by storm with her multifaceted talents, irresistible personality and impressive
snowboarding skills. Her Olympic career jump-started by winning four of the five US Olympic halfpipe qualifiers, and her success continued when she won a silver medal at the 2006 Winter
games. Bleiler also became the first female rider to land a Crippler 540, an inverted backside, in competition.

Outside of snowboarding competitions, this travel-fanatic received the 2008 National Geographic Adventurer of the Year Spirit Award and has been a nominee for the Teen Choice Award Best Female
Action Sports Athlete three years in a row. She is sure to impress at the 2010 Vancouver Olympics! 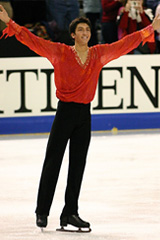 A former Olympian, but not a medalist, Evan Lysacek solidified his presence in the 2010 Vancouver Olympics after becoming the first American man since 1996 (Todd Eldredge) to win a World
Championship. He is also a two-time US World Champion and a two-time Four Continents Champion. Lysacek has come a long way since learning to skate at age eight; this 6-foot-2 skater is currently
ranked second in the world and is the only US man to consistently land quadruple jumps.

Becoming a household name in figure skating, Lysacek, whose self-professed style is simple and modern, also models and is often a spokesperson for the sport. After the Winter Games, you can see
Lysacek live when he tours the US with Stars on Ice.