When in Rome has its clever comic relief come in many forms, but most notably through stars Dax Shepard and Jon Heder.

Heder and Shepard exclusively spoke to SheKnows about starring with Kristen Bell in When in Rome and answer our questions on what inspires them as well as their own personal comedy film
icons.

Heder and Shepard: comics in crime

SheKnows: First of all, Jon, is the When in Rome press day treating you well so far? 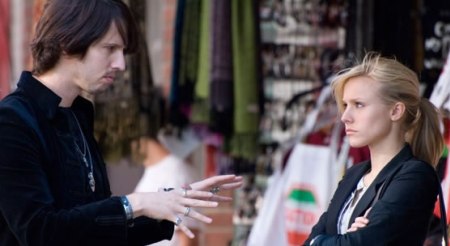 Jon Heder: Oh it’s great! I don’t know why, but this one’s flying! I have my family here too, so it’s enjoyable. I’m also in a very comfortable bed
right now too talking to you, so if I doze off, you know.

SheKnows: What about you Dax?

Dax Shepard: I’m doing fantastic. I’ve had a chance to watch football for the last hour and a half, so I feel spoiled.

SheKnows: Well, that’s a good thing! Speaking of having fun, both of you, in particular, really seemed like you were having a blast doing When in Rome. Is that a
fair assumption? 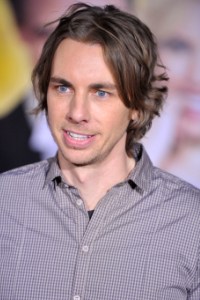 Dax Shepard: Yeah, that’s a very fair assumption. The producer, who made the movie, that was the third time
we’ve worked together and he has a lot of trust, for better or worse, in me. I just had a lot of leeway to have fun.

Jon Heder: Oh yeah. It was a ton of fun. Anytime you do comedies, especially. These kind of romantic comedies, or, as they like to call this one a “comedy with
romance,” especially where the story is not riding on us, all the pressure is more on the two leads, Kristin [Bell] and Josh [Duhamel]. But of course they still had a ton of fun too. We got a
good cast, great director, all the crew. Everybody was just really into it because it’s just kind of a fun, really high concept. Nothing gets too serious. So, we had a blast.

SheKnows: And how was it playing a character that, in many ways, doesn’t have control over his passions due to this faithful move by Kristin?

Dax Shepard: You know, my suitor was particularly fun because I was the only one who was equally in love with themselves as they were with Kristin. So I was in a love triangle with
myself!

Jon Heder: You know, that’s what drew me to the project from the get-go. Mark Steven Johnson, the director, who I previously tried to work together on a project before with,
and he brought me the script and was like, “Dude, I want you to play the creepy street magician.” Just that alone was like, “OK, I think you’ve got me sold.”
It’s just so much fun playing these characters. Especially comedy, but I mean that’s the beauty of acting and comedy is just stepping into characters and playing these roles that you
would never be doing in real life. And my character is always doing tricks, really creepy tricks that involve touching and stuff like that. And at the same time he’s in love with her so
he’s really passionate. Those guys are creepy enough, but to have him stalking you as well, like doing tricks in your apartment. It’s over the line, way over the line. But its fun, you
know, we wouldn’t do it in real life! 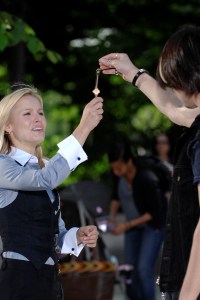 SheKnows: Yes, exactly! You mentioned the director Mark, he’s known a lot for his graphic and
action novel films. I’m wondering what that was like for him, like you said, on a comedy with a splash of romance?

Jon Heder: I mean, he’s had experience in comedy before. He did the Grumpy Old Men movies. It was a while ago, but for a long time, it’s been mostly like
action and, like you said, the comic book action type stuff. So I think he really enjoyed coming back to it because it’s not as much work, but you know doing comedy you always gotta make
sure you get it right.

Dax Shepard: I think he probably had about the best education a director can have, having written and worked on The Grumpy Old Men series; with those two, I can only
imagine that they were adding their own special blend of comedy to those films. So he was really, really great at encouraging everyone to be a part of the creative process, voicing their opinions
and let everyone improv.

Dax Shepard: I think it could be a very scary scenario like the loons are running the asylum, you know, with all of us in the movie.

SheKnows: It could easily be so, and I’m sure at times, maybe, you guys had your moments.

Dax Shepard: Oh my God, yeah. [Will] Arnett and I are like two six-year olds when we’re together. It was the third time we had worked together, and each time it gets
progressively less productive.

SheKnows: You mentioned Baby Mama before, and I wanted to ask, what was it like being in the middle of the Amy Poehler-Tina Fey comic hurricane?

Dax Shepard: You know, I am such an Amy Poehler fan. As well as being really good friends with her. I am just enamored with
her comedy. I also really, really liked being a part of a very estrogen-driven project. Everything I had ever worked on prior to that was pretty much all dudes. It was a very refreshing energy,
kind of reminiscent of my household, being raised by a single woman. I was just very, very comfortable in that environment. I hope to do stuff with them many more times.