Actor Pernell Roberts died of cancer at his home in Malibu January 24. He was 81. 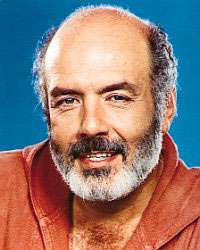 Roberts rose to fame on the cast of Bonanza in 1959. He played
Adam Cartwright, a thoughtful, sensitive character who was one of three sons on the Ponderosa ranch.

His abrupt departure in 1965 — leaving behind castmembers Michael Landon and Dan Blocker — was at least partially caused by his
dissatisfaction with the lack of character growth offered to him.

“Isn’t it just a bit silly for three adult males to get father’s permission for everything they do?” Roberts told The Washington Post in 1963. “I haven’t grown at all since the series
began four years ago. I have an impotent role. Everywhere I turn, there’s the father image.”

The talented actor followed up his TV turn with roles on and Off-Broadway, as well as dozens of film and television appearances. His fame resurged with his role as Dr John McIntyre, chief of
surgery on Trapper John, MD. The show, a M*A*S*H spinoff, ran from 1979 to 1986 and garnered Roberts and Emmy nomination.

Roberts’ only child, Chris, died in 1989. He is survived by his fourth wife, Eleanor Criswell.