Adrian Pasdar, a star of the hit NBC drama, Heroes, was arrested early January 27 on suspicion of driving under the influence in Los Angeles. The 44-year old actor and father of two children was taken into custody by police at 3 am with a bail set at $15,000. 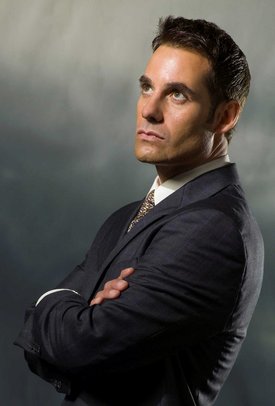 According to his booking sheet, Pasdar was charged with a misdemeanor. Police pulled him over after he was speeding faster than 90 mph on the 405 freeway.

Although he plays the flying senator Nathan Petrelli on Heroes, in real life he is married to Dixie Chicks front woman Natalie Maines. Pasdar and Maines were marriedten years ago in Las Vegas’s Little White Wedding Chapel in a small ceremony that cost all of $55.

Although he made headlines today for a less than stellar occurrence, Pasdar has been known for working hard in the business and even working at his father’s friend’s diner in lower Manhattan.

In Cement one of the characters watches an episode of the cult TV series, Profit, which was a show Pasdar previously starred in. Pasdar was also a good friend of the late actor, Chris Penn and was a pallbearer at Penn’s funeral.

read on for more heroes