Sade and her band are back after 10-year absence. Hear Bring Me Home, a track from their new album, Soldier of Love, right here on SheKnows!

“I only make records when I feel I have something to say. I’m not interested in releasing music just for the sake of selling something. Sade is not a brand,” lead singer Sade said of the record. The notoriously shy and brilliant musician thankfully has much to say with her new release. 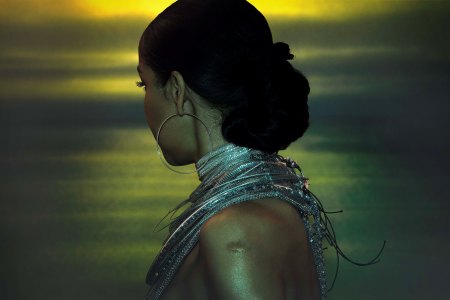 Soldier of Love arrives February 9, just in time for Valentine’s Day. A perfect time for an album release by Sade given their talent for producing romantic songs.

When Sade last left audiences, it was 2000 and Lovers Rock had just gown several-times platinum. Sade has been recording masterful music for 25 years, yet have only crafted six studio
albums.

Soldier of Love began its coming to life in 2008 when Sade called her band mates eager to make more musical magic. Huddled in Peter Gabriel’s Real World studio near Sade’s
residence in Southwest England was the first time the four main band members shared space since 2001.

With such a rich history of music, Sade could not return with a simple series of melodies. This is the voice that launched 1984’s Your Love is King, Is it a Crime and
Smooth Operator when we first discovered Sade years ago. Soldier of Love needed to set itself apart from the rest of the Sade catalog. According to keyboardist Andrew Hale,
“The big question for all of us at the beginning was, did we still want to do this and could we still get along as friends?”

As their new album bows February 9, that answer must have been a highly-charged affirmative.