New on the home video market is St Trinian’s School for Girls — see a clip here! 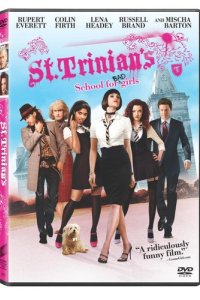 St Trinian’s is notorious
across the UK as one of the worst schools in the country. When the country’s new Education Minister (Colin Firth) decides to reform the
nation’s educational system, he sets his sights on St Trinian’s.

Firth, of Mamma Mia and Bridget Jones Diary fame, is perfect in the role as a stuffy British official seeking to make his
mark on the job. His character should know better: The infamous school for young women in trouble is headed by a former love, played by Rupert Everett, and is only one of several over-the-top
performances in St Trinian’s School for Girls.

SheKnows is proud to present this exclusive clip of St Trinian” School for Girls.

St Trinian’s School for Girls joins a long line of British films that comically and affectionately take on the English educational system. Currently earning Oscar buzz, for example, is
An Education. While Pink Floyd’s view on English education in The Wall will never be forgotten, let’s also give a proper British shout-out to our favorite British movie
boarding school — Hogwarts!