Laura Bell Bundy has the country singing Giddy on Up, Giddy on Out and has the singer ever thankful for finding success with her other lifelong dream. 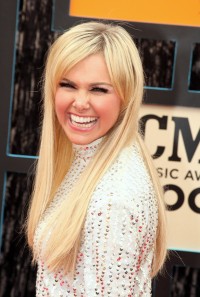 Singer-songwriter Bundy first conquered Broadway in the Tony Award-nominated Legally Blonde: The Musical. With dreams of country music stardom in her eyes, she left the Great White Way for Nashville in 2008 to record her debut album, Achin’ and Shakin’.

Achin’ and Shakin’ is a concept album in its purest form. But, would audiences expect anything less from Bundy as a product of the musical theater stage? The two sides of the album involve getting over a love and finding the joys in another — Achin’ and Shakin.

Country music has always been the other dream of Bundy’s after conquering The Great White Way’s lights. With the arrival of Achin’ and Shakin’, Bundy’s bounty continues, this time with country music success.

Laura Bell Bundy Giddies on up! 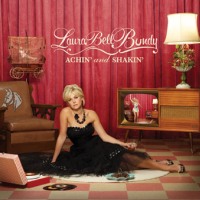 SheKnows: Thank you for visiting with SheKnows.com.

Laura Bell Bundy: Thank you and I hope I know things for you (laughs).

SheKnows: I’m sure you know (laughs). It is extra special to talk to you today because we caught up on the red carpet at the 2008 MTV Movie Awards.

SheKnows: You were just finishing up Legally Blonde. I asked what’s next? What’s the dream? And you said you wanted to head to Nashville and record a country record. First off — congratulations on achieving your dream…

SheKnows: How does it feel now that you’re sitting here at this point?

Laura Bell Bundy: It’s really kind of surreal. I feel really lucky because I’ve had more than one dream come true in my life. It’s been amazing to have the opportunities. They say luck is preparation meets opportunity. I don’t I was actually prepared until this point to have this opportunity.

Divine timing is an amazing thing. I’m feeling excited, I was telling a friend today, I spent the last year and a half pretty introverted working on this album. It’s like a pregnancy when you give birth to this child or this record and you want everyone to tell you that it’s cute (laughs). You’re just waiting for them to say, “Your baby’s beautiful.”

Ultimately it doesn’t matter what other people think as long as you’re true to yourself. As long as you love your baby, that’s kind of the feeling. 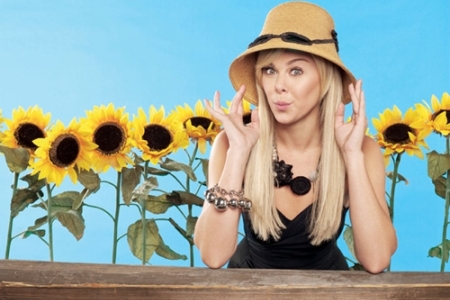 SheKnows: Well, you have a beautiful baby.

Laura Bell Bundy: Oh my God, thank you. I’m so glad you think so.

SheKnows: The single, Giddy on Up, first of all the name is perfect for a country song. Is Giddy on Up as much fun to sing is it is for us to hear? That track is such a hoot.

Laura Bell Bundy: It was even more fun to write. I’m from Kentucky where Giddy on Up made sense. But, “Giddy on Out,” the end of that line, I wrote the song with Jeff Cohen and Mike Shimshack and Jeff and I were working on the lyrics at that point. One of us said, “Giddy on Up” and the other said, “Giddy on Out.” We looked at each other and started screaming. We were in hysterics as to how hilarious that is and looked at each other and wondered, “Should we keep it?” Yes! It is so catchy and that is our hook! It’s a cheating song with my sense of humor. 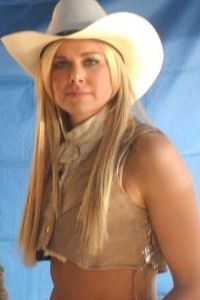 The performance art of country music

SheKnows: Now, the video, talk about fun. You’ve been on Broadway, you’ve been all dolled up. But, that video for Giddy on Up looked like it was a blast to put on those old-time clothes.

Laura Bell Bundy: It really, really was. I wanted the video to be like a musical movie where you took a scene out of the musical movie and that was the video. I wanted to put dancing in it. This song made me want to dance. That little break section where I’m doing the clogging-hip-hop thing, I literally when we were recording the song — I just heard this clogging thing in my head. That’s what inspired the idea. It’s like sexy clogging. How to I make this cool? You know, there used to be an element to country music that touches on entertainment with the Grande Ole Opry and Minnie Pearl. It was OK to be funny and sing a sad song. They had those Grande Ole Opry cloggers…there’s a real sense of entertainment.

SheKnows: Sounds like what inspired you to perform in the first place growing up in Kentucky?

Laura Bell Bundy: For me, that was exactly one of the reasons I loved country music. For me to get the opportunity to do country music, of course I wanted to do what inspired me. Which is that style of dancing, singing…entertaining — as opposed to just singing a song with my guitar with a microphone. 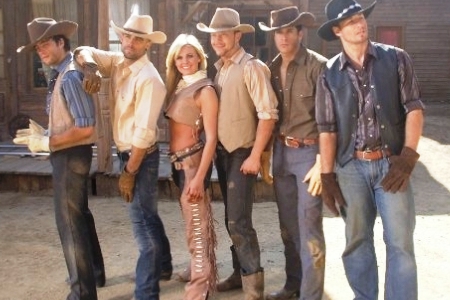 SheKnows: When we put the video up on SheKnows, I said watch out everybody — you will see this on the dance floors of America very soon.

Laura Bell Bundy: (Laughs). I would love it. I think we’re going to have a contest where people send in video of what they think the choreography is… whoever gets the closest, I’ll actually teach the choreography. 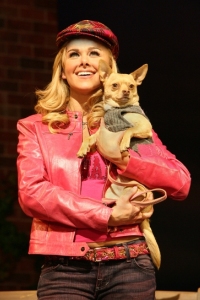 SheKnows: How did working on the Broadway stage in Legally Blonde: The Musical, performing eight times a week, how did it prepare you for a career in entertainment?

Laura Bell Bundy: Having an understanding of an audience, it made me fearless. Broadway really has helped me with a lot of that. I spent a lot of time seeing how audiences reacted to certain types of performances. They, almost always, they want their heart to be broken and live through the emotions of the person on stage, or they want to be in awe of all that is going on.

For me, that full sense of entertainment is what I want to provide for my fans. I’m constantly challenging myself to do something fresh. When you do something eight times a week there’s a real chance you’re going to be bored unless you’re 100-percent present on that stage. There is nothing more fun for me than being on stage. I’m better equipped, but do feel that I am better equipped as a performer because I’ve had practice. I’m also very concerned about story and how can we tell a story.

The album is called Achin’ and Shakin’. The Shakin’ side, the first song is Giddy on Up. Basically, it’s about getting over one lover and moving on to the next. Getting over a broken heart and moving on, if you listen to all the songs in a row, it tells a story. In my mind, this is going to be a great live show (laughs) because I will literally be telling a story. I think it’s like the country version of a Bette Midler show.

SheKnows: That would be killer…

SheKnows: Oh, yeah. One of the things I salute you for is bringing back the concept album. That is a lost art these days.

Laura Bell Bundy: You know what, for me, I couldn’t do it any other way. My mind has to have a reason for it. If I was taking a collection of sings that I sing, I’m not doing what I can do for my listener. I’m doing what I can do for myself. I can’t make sense of not having a purpose to the flow. The next one I do will probably be a concept album. (Laughs) I cannot not do it! 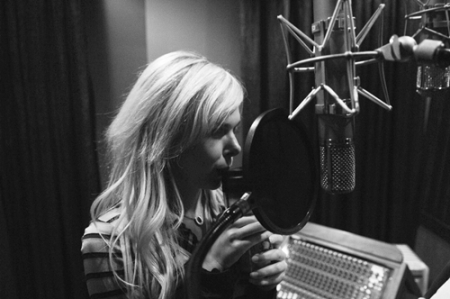 SheKnows: Know that know, could you ever see someday penning your own Broadway musical?